Groundhogs Across US Predict Early Spring

In one of the United States's stranger traditions, Punxsutawney Phil, the world-famous groundhog, didn't see his shadow this morning. Looks like we're going to have an early spring for the first time in years. Despite the steady snow that fell this morning in Punxsutawney, PA, Phil emerged from his den and gave spectators his annual weather prediction. Though an early spring might seem unlikely due to Punxsutawney's steady arctic temperatures this year, locals remain hopeful of the marmot's accuracy.

Phil's tradition has been in place since 1887, and he's spotted his shadow 104 times. He's only failed to see it 20 times. Though ten years are missing from the official records, Phil has never failed in making a prediction. Though the accuracy may be dodgy, we can be hopeful that the harsh temperatures of this year's winter will be short-lived. This is the second year in a row Phil hasn't seen his shadow, which is the first time on record in consecutive years. 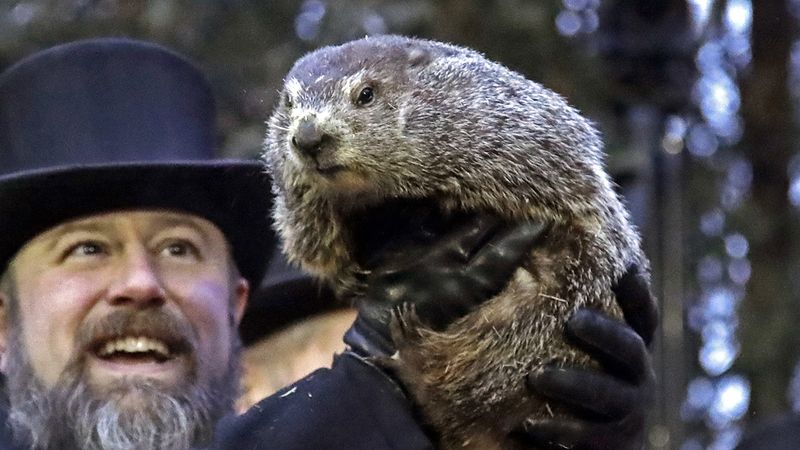