A 65-year old grandmother unintentionally caused chaos in an airport in Brisbane, Australia, when she mistakenly labeled her luggage with “Bomb to Brisbane”. The package arrived at the baggage carousel at the airport and almost caused panic because of its frightening label. Police were immediately called and the area was evacuated for further investigation. 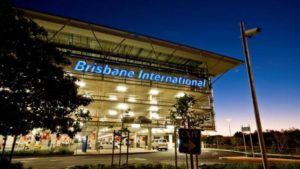 What people thought was a terrorist act was simply a spelling mistake. 65-year old Venkata Lakshimi had mistakenly written the word Bomb on the bag because she didn’t have enough space to write the word Bombay. The large label was supposed to say Bombay to Brisbane. The bag was sent in from Mumbai, which was formerly known as Bombay. Police had cordoned part of the terminal as soon as they were called in to investigate. 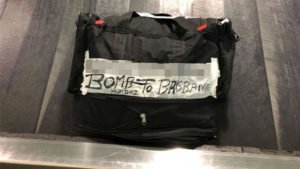 Devi Jothiraj, the daughter of Lakshimi said that she was mortified when she heard about the incident. She was also actually called into a room where she was interviewed by the authorities. But she explained that the Bomb actually meant Bombay. Lakshimi was traveling to Australia to celebrate her birthday. She had been nervous traveling alone and wanted to label the bag with its origin and its destination. After all the confusion, Lakshimi was allowed to continue with her travels and her birthday celebrations, although her daughter said that she was shocked and embarrassed at the entire incident.

“She understands the mistake she made. She can read and understand a little but she didn’t realize it would cause a problem, it went over her head.” said Jothiraj.