Girl Scout Sells 300+ Boxes Of Cookies Outside A Marijuana Shop

In San Diego, California, an clever Girl Scout made one of the best marketing moves of her young career when she set up her Girl Scout Cookie booth just outside of a marijuana dispensary over the weekend. This brilliant move resulted in the little entrepreneur selling more than 300 boxes of cookies in less than a day. 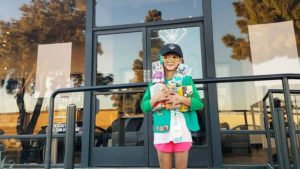 The father of the 9-year old Girl Scout confirmed in an interview with KGTV of San Diego that she had sold a total of 312 boxes of Girl Scout cookies in just over six hours. There’s no mystery on how she was able to achieve this. She took advantage of the well known fact that the “munchies” are one of the most common symptoms when taking marijuana. The dispensary, called the Urbn Leaf, also helped promote the cookies and the Girl Scout’s fundraising efforts with a post on social median. 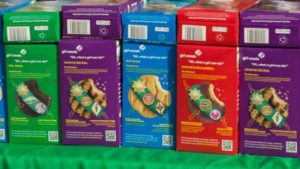 “Get some Girl Scout Cookies with your GSC today until 4pm. Have a friend that wants to #tagalong? Bring them with â€” shopping is more fun with friends anyways,” posted the dispensary on Instagram.Â A spokesperson for Girl Scouts San Diego also said in a statement that the Girl Scout did not violate any codes of conduct from the official Girl Scout codes. She wasn’t selling from a booth directly outside of the dispensary, but on a wagon on the sidewalk. She was also accompanied by her father.

“Anytime we can help out by driving more people to support local fundraising like a Girl Scout selling cookies, we’ll do that,” said Will Senn, the owner of Urbn Leaf.