In Vine Grove, Kentucky, a Â girl named Rachel Richie came up with an ingenious way for all her friends to join her in the playground, despite being disabled. The idea came to the 9-year old Richie at the playground one day when she realized that there were several children that had to sit out. The main reason why these kids hadn’t joined in was because of their disability. So Richie came up with a plan to include all children. 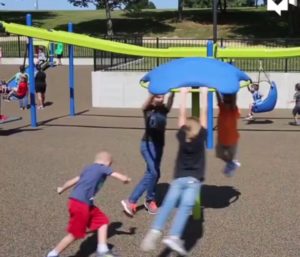 Richie’s idea was to build a special playground that could accommodate all children, regardless of their disabilities. Richie called this idea Rachel’s Fun for Everyone Project, and presented it to the leaders of the city so they could raise the funds with the help of the local community. Five years after the initial idea, Richie, along with her family and friends, and more importantly, along with the Governor and community supporters, was able to cut the ribbon to open her playground. 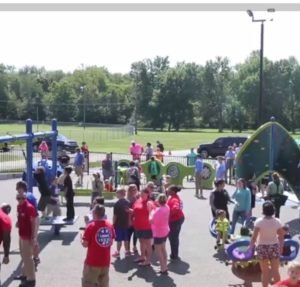 “I thought it wasn’t fair, I was like why should they have to sit out while me and my friends can play. I want to be friends with them, I want to play alongside them,” said Rachel, who is now 13 years old. “Whatever I go on to do in my career path, I want to continue to help people and I want to continue to make my world a better place,” added Richie. Richie has always been interested in helping other people, and this project has given her confidence that you can make a difference in the world you live in.