Easter Sunday is celebrated all over the world. In Christianity, it marks the return of Christ from his death at the crucifix. But it popular culture, it is celebrated by the famous Easter Egg hunt, where colored eggs are hidden in an area and a hunt is made to see who gets to find the most. But in the little town in Germany, they have their own way of celebrating Easter. 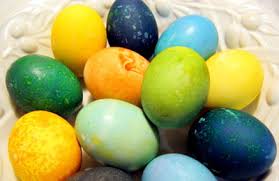 In the western region of Germany called, Horhausen, the residents there celebrate their Easter Sunday by throwing real eggs. This Easter Sunday tradition goes back several decades. This year, despite the weather going sour, locals still attended despite the rain, to stand in a field and throw brightly colored Easter eggs. The goal in the competition is to throw the eggs as far as possible without breaking them. 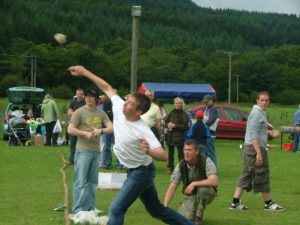 Each of the contestants are only allowed to throw one egg. The eggs that remain unbroken once it lands were then collected and returned to the participants, while the ones that broke are left in the field for the birds and other critters to feast on. The town of Horhausen is a municipality in the district of Altenkirchen , in Rhineland-Palatinate , in western Germany. Easter Sunday is an international holiday, and is celebrated as a public holiday. As the holiday is often celebrated in Sundays, most establishments also celebrate the public holiday on the following Monday.