Truck Carrying 43,000 Pounds of Macaroni and Cheese Overturns on Highway 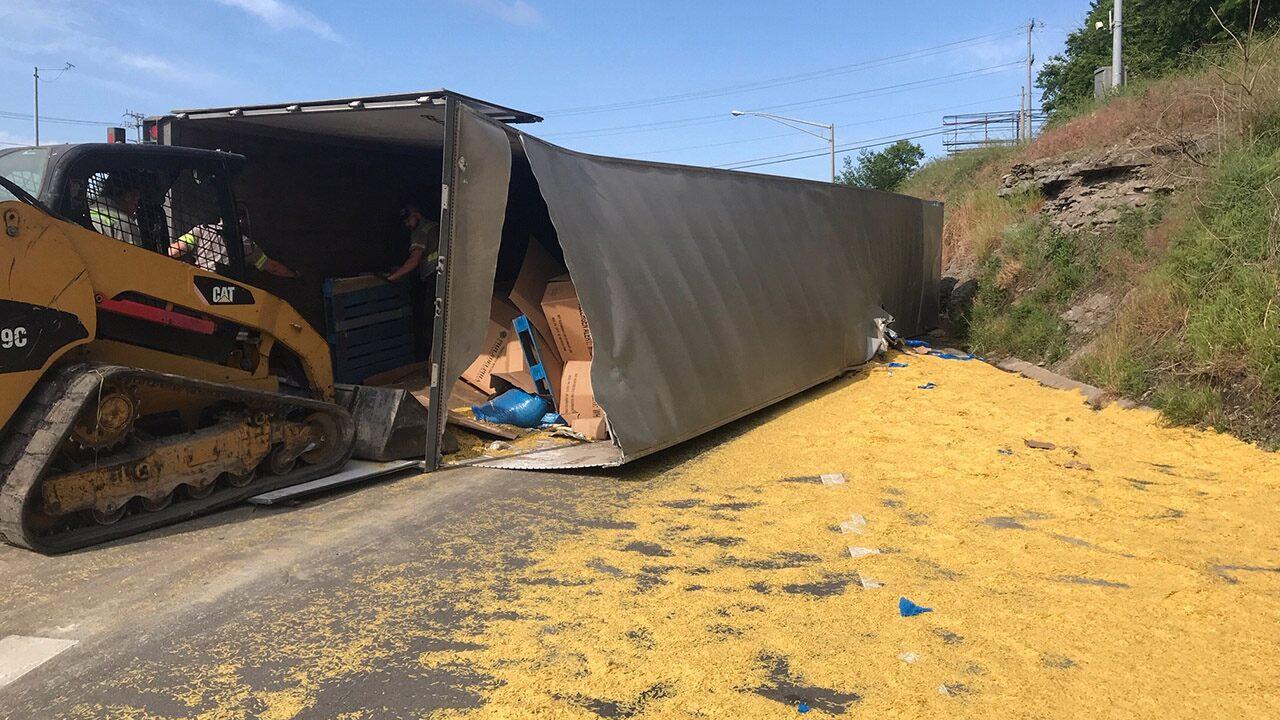 On Wednesday, a semi-truck carrying 43,000 pounds of macaroni and cheese overturned on a Nashville highway, spilling all over the road. The truck was tipped on its side with the roof unit split open; tons of dried pasta was scattered across the highway. Crews made efforts to clear the uncooked pasta from the road, including a skid steer with a full load of the dry good in its trough.

Although no one was injured in the accident, part of the highway had to be blocked off while a crew worked to clear up the wreckage and the massive spill.

Here are some pics from our HELP operators on scene... including a skid steer with a full load of pasta pic.twitter.com/Eo8tjgWbyv

On social media, people joked that the incident wasn't so much an inconvenience as it was an excuse to bring thousands of pounds of pasta home for consumption.

"Hate to hear it. I'm gonna take a wheelbarrow out there and try to save some of it," one person said.