Michelle Obama Is Getting Her Own Netflix Show

This is the good news we've been waiting for. Michelle Obama, always an advocate for healthy lifestyle choices, is getting her own Netflix show in March. The program, called "Waffles + Mochi!", follows Michelle as a supermarket owner who helps her puppet friends become chefs. The show will also include a variety of celebrity chefs and special guests. 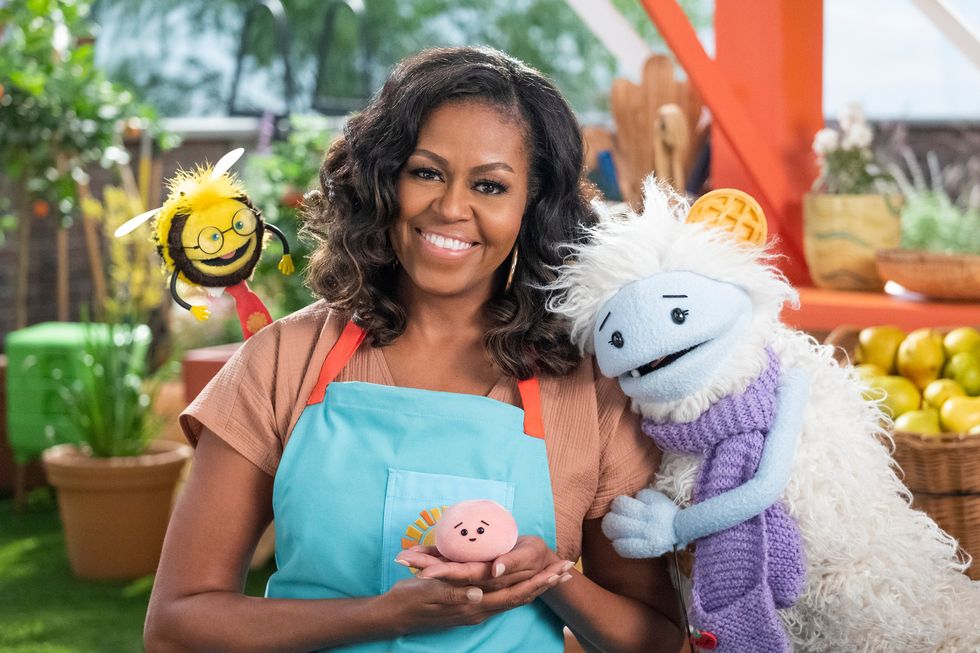 "With the help of friendly new faces like the supermarket owner, Mrs. Obama, and a magical flying shopping cart as their guide, Waffles and Mochi blast off on global ingredient missions, traveling to kitchens, restaurants, farms, and homes all over the world, cooking up recipes with everyday ingredients alongside renowned chefs, home cooks, kids, and celebrities," Netflix said in a statement.

I’m beyond thrilled to share that on March 16, I’ll be launching a new show on @Netflix called Waffles + Mochi! I'm excited for families and children everywhere to join us on our adventures as we discover, cook, and eat delicious food from all over the world. pic.twitter.com/dedUWMp9SY

"Whether they’re picking potatoes in the Andes of Peru, sampling spices in Italy, or making miso in Japan, these curious explorers uncover the wonder of food and discover every meal is a chance to make new friends." The show kicks off on March 16th and is presented by CNN for Netflix. Though the show is geared toward kids with its whimsical plot and puppet characters, who doesn't love Michelle Obama? People of all ages will likely be tuning in to this one.