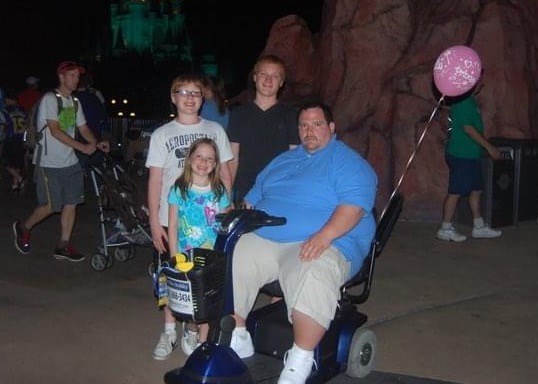 At the age of 34, Scott Santarlas used a mobility scooter to explore Walt Disney World with his wife and their three children. Santarlas weighed 477 pounds.

"I felt so embarrassed. I had always been up and down where my weight was concerned, but I knew then that what I was doing was not what was best for my family," Santarlas said, ready for a change.

His journey began in 2014 with a gastric sleeve surgery that removed 75–80% of his stomach. The resident of Prospect Park, Pennsylvania lost 130 pounds as a result, but he found himself unable to lose more. 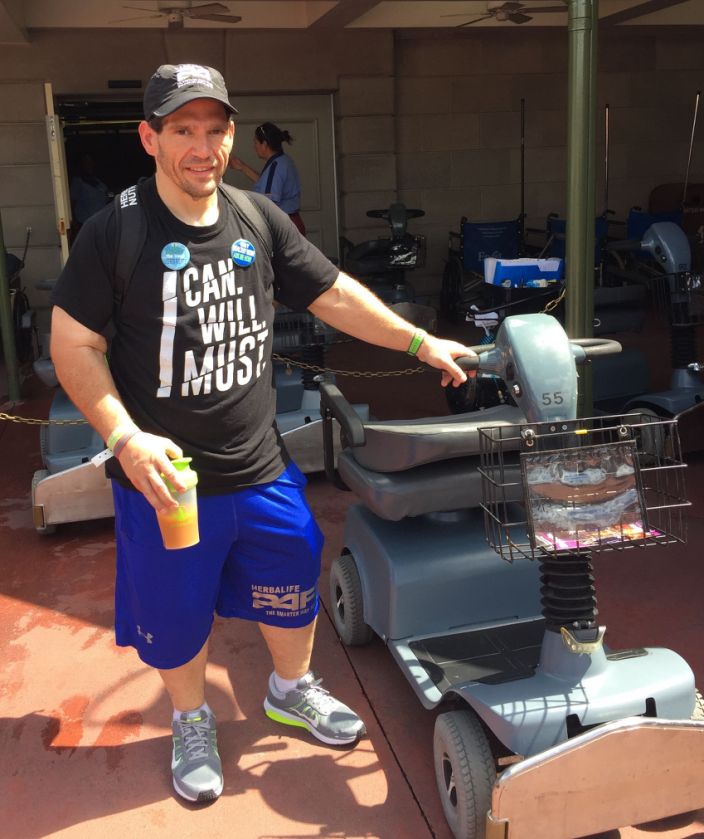 Then, Santarlas began eating lunch at the Saladworks restaurant next to his office, where he works as a network engineer. The now-42-year-old has been eating a salad almost every day alongside a general diet of shakes, smoothies, and protein bars.

In total, Santarlas has lost 266 pounds thus far. He now works as a personal trainer.

"My focus was really knowing that what I was putting into my body was 100% what my body needed to sustain itself," he said. "I looked at different restaurants where I could grab a salad easily on my lunch break and felt that Saladworks had a good reputation from the standpoint of what they offered as ingredients."

Alongside his changed diet, Santarlas commits to 45-minute workouts every single day.