Family Orders Bike Online and Gets a Bearded Dragon

Falkor is the pet bearded dragon of a family in California. It is a beloved pet, but it is actually something that the family never intended to get. It all started when the Brummet family in San Jacinto ordered a mountain bike form popular store Walmart. It was meant to be a gift for one of their granddaughters. But when the package arrived, they received a bearded dragon along with the bicycle. 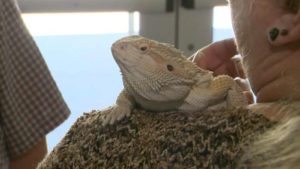 “At first, it was horrifying,” said Chris Brummet, “It was really scary. I was like, ‘What is that?'” The family said that they have no idea how the lizard had gotten into the box, but Chris’ husband noticed that the box of the box said “Made in China” where the lizards are known to come from. Bearded dragons are also known to survive weeks without food. 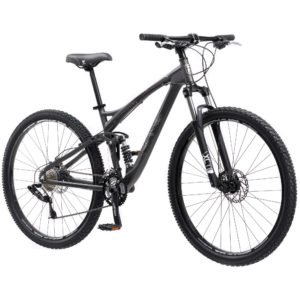 The Brummet family reached out to a local animal shelter wondering if they could find the owner of the lizard, but when no one came forward, they decided to adopt the lizard as the family pet. They even got the reptile one of the best lizard habitats. It comes with its own climate control, a hammock, and a heat lamp. They eventually named the lizard Falkor, after the dragon from the movie “The Neverending Story”.Â  They also stocked up on the preferred food of the lizard.

“We’ve got Dubai roaches, which are supposed to be the best,” Chris said in an interview. “We’ve got some of these super wax worms or something like that.”