“Hurricane,” a former U.S. Secret Service dog, is credited with saving former President Barack Obama from an intruder in the White House. In an effort to honor his heroism, he will be awarded the Order of Merit from PDSA, a British veterinary charity.

The ceremony will take place in London this October. Hurricane will be the first-ever foreign animal to receive the award. 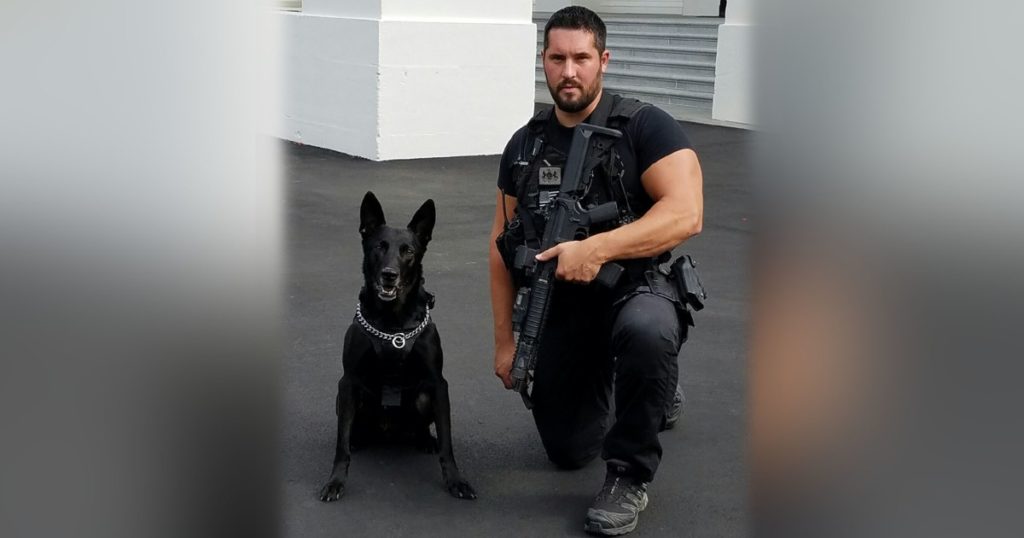 The intruder, who scaled a White House fence, swung the dog around, punching and kicking himâ€”but it was no use. Hurricane dragged the man to the ground, allowing Secret Service agents to intercept him. Obama, who was inside the White House at the time, remained unharmed.

Hurricane’s handler, Marshall Mirarchi, who previously worked with the Belgian Malinois for four years, described the dog as a “legend” within the organization after the attack transpired.

“He loved working and his talent for the job impressed me every single day. That night, he stepped up and delivered under circumstances that no amount of training could prepare him for,” he told the PDSA. “I have never witnessed such violence toward a dog before but it didn’t stop him from doing his job.”

Hurricane’s reward was two McDonald’s cheeseburgers. He did suffer some injuries, including “cuts and significant bruising,” which led to his retirement in 2016.