Most fast-food chains release seasonal or holiday specials in order to boost their business, and this year, Dunkin' is back with a Valentine's Day exclusive: a pink velvet macchiato. Along with two of their classic heart-shaped donuts, the drink, served both hot and over ice, will be available ahead of Valentine's day next month. 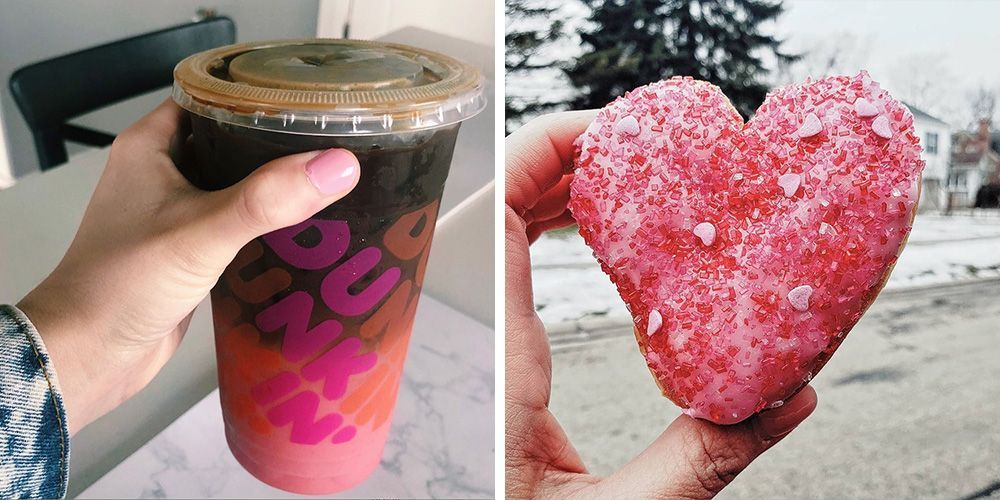 The exclusive macchiato and latte feature "red velvet cake flavor and hints of cream cheese icing" and also have a pink hue. The last time Dunkin' tried to rose-tint their beverages was back in 2013, and it didn't go over so well. They released a red velvet latte for the holiday season, and several people claimed it was "overly sweet, "one-note," and "pretty boring." Hopefully this go-around is better. 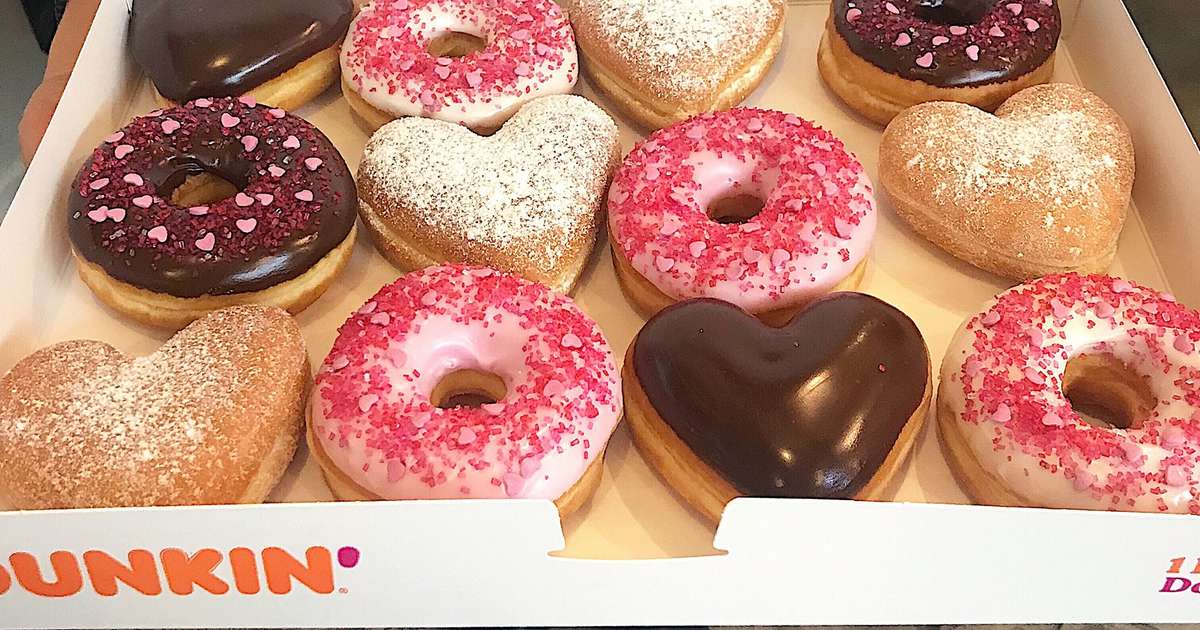 Two favorite heart-shaped donuts are also returning for a limited time - the Brownie Batter Donut, which features a chocolate brownie batter-flavored buttercream filling and chocolate icing, and Cupid's Choice Donut, which is a Bavarian cream-filled donut with strawberry-flavored icing.