Driver Makes Toys for the Kids on her Bus

Driving a bus can be stressful and difficult. Taking care of one child is challenging enough, but taking care of an entire bus full of kids takes a different kind of patience. Some say that being a bus driver is a calling and you really have to care about the kids to make it day after day driving the school bus. This can be applied to a school bus driver from Waukesha, Wisconsin named Trudy Serres. Serres has not only been keeping the peace and taking care of the kids on her route, she has even gone the extra mile and even made toys for the children. 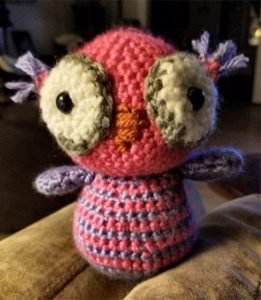 This all started when one of the children on the bus asked for a toy. Serres enjoys crochet and often takes some of her creations with her on the bus. One of the kids, a 10-year old boy named Vincent, then asked her if she could make him his favorite food, a taco. Serres obliged, and after a few days, she gave Vincent a crocheted taco doll. After that, the requests from several other kids started pouring in, and Serres was happy to oblige. 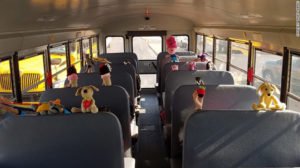 “I’ve made a hockey player with team uniform colors with a stick, ice cream cones, chocolate covered strawberries, a football, unicorns, Darth Vader and four Yodas,” says Serres. The kids are not the only ones who are appreciative of the efforts that Serres has made. According to some of the parents, they are grateful for Serres and her toys.Â  Some of them have said that it shows how much she genuinely cares for the kids on her bus.