Earlier this week, a strange thing happened in India, when a donkey was given an admit card in Jammu Kashmir by the Jammu and Kashmir Services Selection Board (JKSSB). The card was to admit a donkey to appear for a recruitment test for tehsildars. Tehsildars are tax officers or revenue inspectors in the areas of India and Pakistan. The photo of the admit card with the donkey’s picture on in has since gone viral. 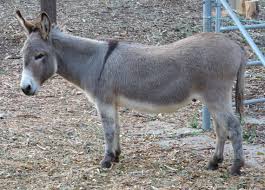 According to Press Trust of India (PTI), the card is a prank and while the card may seem real, it couldn’t have been an official admit card. The card had the name of the animal Kachu Khar (which means Brown Donkey) and details of when and where it is scheduled to take an exam to become a tehsildar. Several netizens were baffled and amused at the photo of the admit card. Several comments have been concerned over the lack of the security that this ID card could be manipulated.

“It is ridiculous to get a system generated card in the name of a donkey and then make it news. It only shows how much extra time we have for wastage. Grow up.” said one comment.

“Though humorous, this is another example of the pathetic state of affairs of our selection boards and commissions,” said another concerned user.

Although ridiculous, this is not the first time that this has happened. In 2015, a admit card was issued to a cow by the Board of Professional Entrance Examinations (BOPEE). In the same year, the Industrial Training Institute (ITI) had issued an admit card for a dog in West Bengal.