There are plenty of excellent pairings in Stranger Things: El and Mike, Lucas and Max, Will and… well, the Demogorgon. But still, the most heartwarming duo of all has to be Steve and Dustin. 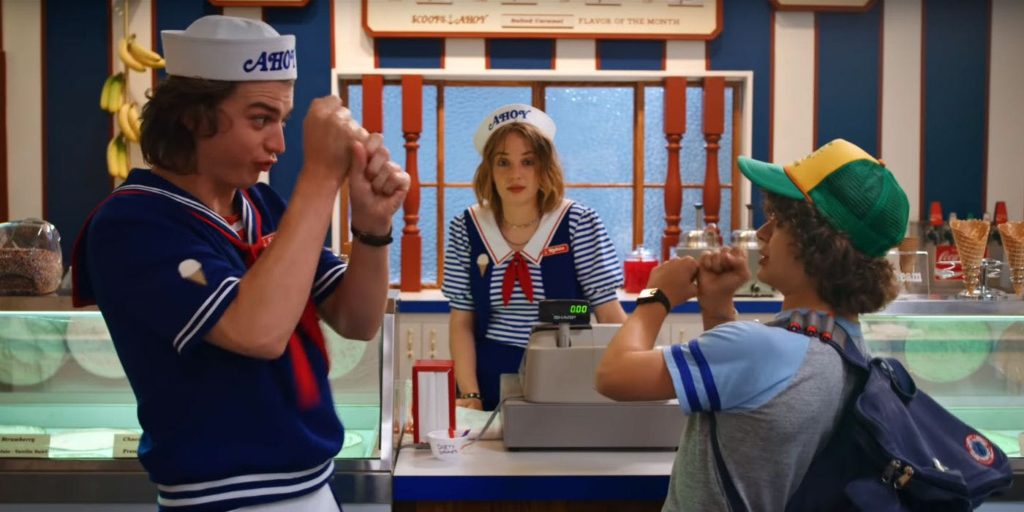 The bond between these two boys became unbreakable after Steve began his career at Scoops Ahoy and Dustin helped him expose the Russian laboratories beneath the Starcourt Mall.

Oh my God. OH MY GOD. You see this @DavidKHarbour? https://t.co/FqIZactzt6

Funnily enough, their friendship isn’t so unlikely, if you consider the dream team that came before them: David Harbour and Patton Oswalt.

“[David Harbour and Patton Oswalt’s] friendship makes so much more sense when you realize they are grown-up Steve and Dustin,” wrote Twitter user Trevor White.

we demand to see your handshake

Soon, Oswalt noticed the shocking similarities, and the tweet went viral. It wasn’t long before Stranger Things themselves came along for the ride.