Earlier this week, a father received one of the most heartwarming birthday presents. For his 45th birthday, he received 45 birthday cards from his daughter. He shared the amazing gift on forum website Reddit, where it quickly went viral. Fathers shared the sentiment of receiving wonderful gift from amazing daughters while others empathized with what it must be like to receive such a thoughtful gift from your child.

“For my 45th birthday, my 13 year old daughter made me a box of 45 cards to open for 45 different reasons. They contain funny memes and inspiring notes. She said it took her two months to make for me. My heart is full!” he wrote on Reddit. “It’s all her,” he said in response to the many congratulatory comments and the numerous shares from the website. “She is always doing creative and thoughtful things like this for me. She is my gift.” 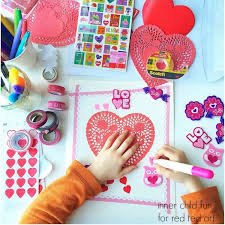 Aside from the story, he also shared pictures of the 45 birthday cards and the 45 reasons that his little girl gave him. He still has a long way to with opening several other cards, but he says he will have fun opening the rest with his daughter. “I’ve only opened two so far. She said I have to show her when I open one, so it will be fun together!”