Recently, researchers have discovered what they are calling a case of dandruff in a fossil of a small dinosaur that used to live more than 125 million years ago. Tiny flakes of fossilized skin were found on a microraptor. The dinosaur was a small carnivore with wings on all of its limbs. After carefully studying the flakes, they concluded that this ancient animal was suffering from dandruff. It was also evidence that showed how dinosaurs shed their skin. 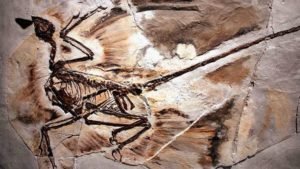 “This is the only fossil dandruff known,” said Maria McNamara, who worked on the dinosaur fossils at University College Cork, “Until now we’ve had no evidence for how dinosaurs shed their skin.” The images of the dandruff were taken through the use of a powerful electron microscope. The flakes were very well preserved and it was described as being identical to those of modern birds.

The research was published in Nature Communications, and reveals that dinosaurs had to shed skin to cope with having feathers. “Even though they are in the early stages of feather evolution, they have already adapted their skin to this more modern structure,” McNamara said. The remains of the dinosaurs and its dandruff were recovered in northeastern China. The dinosaur was 2 meters long. 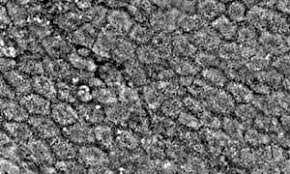 Dinosaurs have long been considered as very large reptiles. It’s the way that they have been portrayed in paleontology and even in pop culture, with dinosaur movies and TV shows. But it only recently as it been discovered that they had feathers and that they had more in common with modern birds.