In Pittsburgh, a video of a father and his daughter has gone viral. The video shows how he surprised his daughter with a dress she wanted to wear for a school dance. 14-year old Navaeha Smith had a dream dress that she wanted to wear for a formal dance, but her dad Ricky Smith said that they couldn’t afford it. It was perfectly okay of Navaeha, because she knew how hard her father works for his family, and it was a very expensive dress. 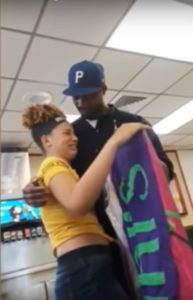 Ricky currently works three jobs, two in fast food restaurants, and another at a convenient store. He works six, sometimes, even seven days a week. But even with all this hard work, he still wanted to get the dress for his daughter. So he decided to surprise her with her dress. He was able to save up enough money and get her daughter what she wanted. 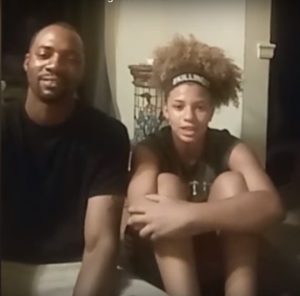 In a video that was filmed by Navaeha’s mom, Kellie Fleming, we see Ricky surprise his daughter with the dress. Navaeha is overcome with emotion at the surprise and cries in the arms of her father. According to Navaeha, she was very grateful that he found a way to get her the dress, and she appreciates all the hard work he does for the family. Perhaps it is this understanding and maturity that drove Ricky to work even harder and get his daughter the sought after dress. Ricky said later on that the dress was expensive, but the look on his daughter’s face was priceless.