One dad from Kansas City, MO treats the task of scooping his daughter from the airport like an Olympic sport.

Courtney Payne is a nutrition student at the University of Oregon. When she posted a tweet documenting her father's hilarious antics when she flies back to Kansas. 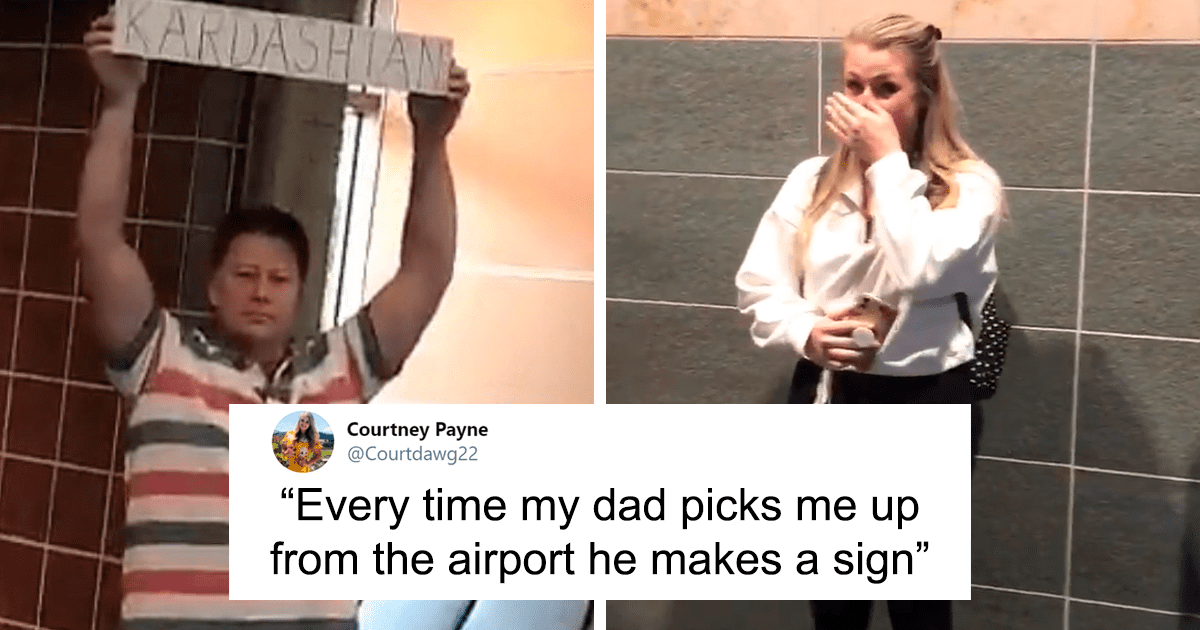 Courtney's dad, Doug Payne, has been greeting her at the airport with silly signs since fall break last year. The first one read "KARDASHIAN" in capital letters in an attempt to make him look like a celebrity limo driver. Courtney posted the picture to her Snapchat story, earning laughs from all of her friends.

Since the inaugural stunt, Doug has continued to outdo himself at the airport. One sign labeled his daughter "Miss Oregon," another sported the name of country singer Miranda Lambert, and another put Courtney on Santa's "Naughty List" for holiday break. Doug and his wife even dressed up as elves.

Courtney says her dad is a retired cop who really, really loves pranks. "He's just always been a prankster," she said. "It still embarrasses me, but not as much as it did when I was 14."