When Keira Campbell was born, she was missing her left hand. The doctors told her parents that it would not be suitable to have a prosthetic limb. And so for the first six years of her life, Keira was without one of her hands. But that was until she was noticed by an individual who knew exactly what Keira and her family was going through. 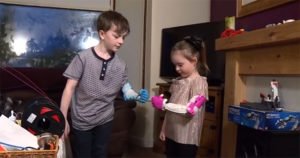 Earlier this year, Callum Miller created a robotic hand for his 10-year old son Jamie using just a 3D printer. When Miller saw the story of Keira on social media, he knew that he would be able to empathize and he wanted help out. So he contacted Keira’s family and offered help. He was able to talk to Keira’s parents and after a few measurements; Miller was able to design a prosthetic for Keira. Callum was able to use the same #D printer that he used for the prosthetic of his son. Jamie’s prosthetic arm was colored blue, while Keira’s was in pink. 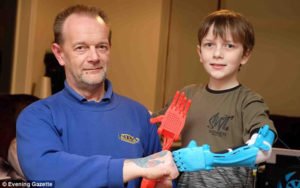 “I’ve never seen her get this excited to go back to school,” she said.