Cyclist Traveled the World in 79 Days

A British cyclist Mark Beaumont set the new world record by cycling around the world in 79 days. The record was 44 days better than the previous record. The 34-year old Beaumont arrived at the Arc de Triomphe in Paris after riding 18,000 miles around the world. Beaumont cycled an average of 240 miles each day to break the record. The cyclist actually arrived one day ahead of schedule. 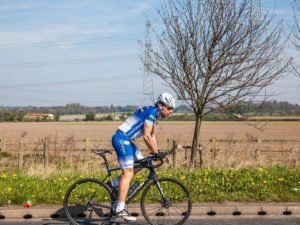 The cyclist from Perthshire set the previous world record in 2008 at 194 days. To break the record, Beaumont had a grueling pace and schedule. He slept only five hours night and was on his bike 16 hours each day. He would get up at 4 am and would think of his journey in terms of four-hour blocks. After each block he would take a break and eat. He had rationed 9,000 calories a day. 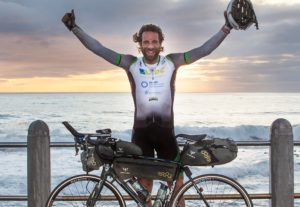 His route started in July from Paris, and then he cycled through Europe, Russia, Mongolia, and China. He eventually reached Australia and New Zealand. He eventually reached North America before going through Portugal, Spain, and eventually back to France. Beaumont says that he took inspiration from Jules Verne and his novel Around the World in Eighty Days. After breaking the record, he told the media he had an incredible experience and he had fun redefining the limits of endurance sport.

“This has been, without doubt, the most punishing challenge I have ever put my body and mind through,” said Beaumont. “The physical and mental stamina required for each day was a challenge in itself, but I had an amazing support team around me.”