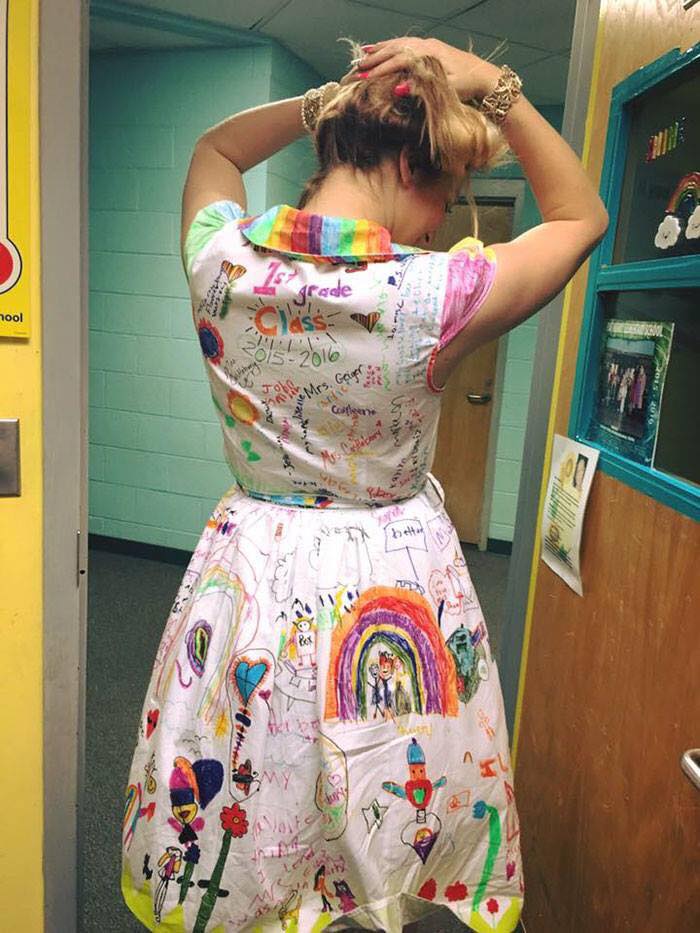 Since the dress idea became so popular online and in the school, she began to make it a yearly activity for each of her classes! So far, she has done two years in a row, making this end of the school year number three! Why does she do it?Â “Now I can wear it to their fifth grade and high school graduation… I want so badly for them to know how much they meant to me.” 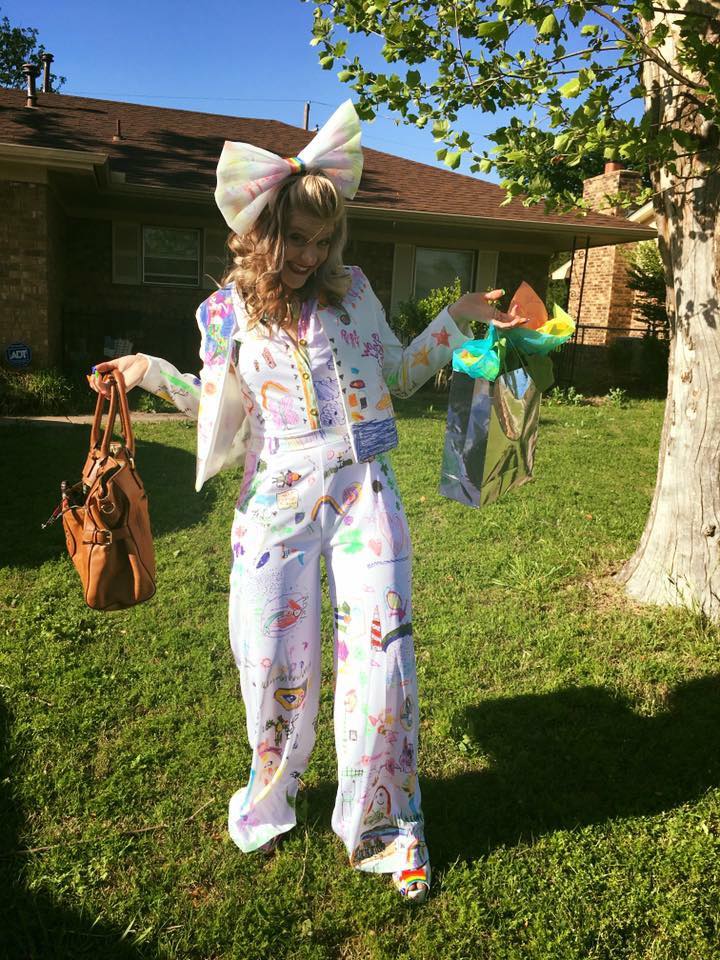 In order to shake things up a bit, Castlebury decided to go for a full-on jumpsuit for her second year. She is taking fashion to a whole new level! Don’t forget the crazy awesome bow.