Albert Twinley, 95-years old, has been together with his wife Phyllis Twinley, 91-years old, for most of their lives. They recently celebrated their 70th wedding anniversary. What is even more impressive is the fact that, in their entire marriage, which spans seven decades, they have never spent a night apart. This remarkable feat shows great love and devotion by the couple. 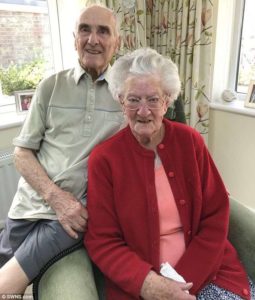 Albert first met Phyllis in north London in 1946. They were both serving with the Royal Signals, as the quartermaster sergeants of the company. When they hit it off, they left the army and moved to Kent, then later on to Sussex. They opened a butchery business together. After forty years running their business, they both retired to be closer to their families.

“There’s no secret. We’re just happily married. We’ve been married all this time and I won’t say we’ve never had a row but we’ve been enjoying our lives.” said Phyllis. Albert chimed in that the secret to their long marriage was “mutual modesty and sharing everything. And bear with one another when things go a little bit wrong.” 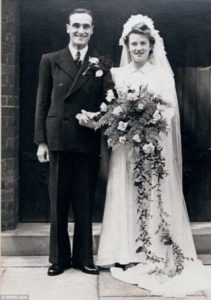 “They still live at home and my father was still driving until two years ago – they used to go out every day.” said their daughter Caroline Gard, “They both love sports. My father used to play football and cricket, and they still love watching it so they are in their element at the moment because of the World Cup, cricket and tennis. They love reading and have library books every week and do puzzles every day.” The Twinleys have two children, four grandchildren, and seven great-grandchildren.