Cop Asked the Internet to Help Solve a Case

Officer Johnna Batiste of the Washington State Police recently tweeted out a picture of a part from a car that was suspected of killing a cyclist in a hit and run case. She asked for any public information on the collision. She also included a picture of the bike, which had been completely destroyed. The post went viral and surprisingly, it actually helped catching the perpetrator. 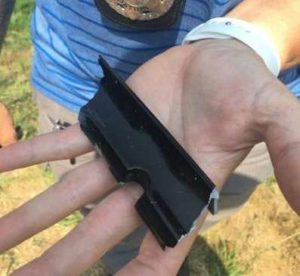 “The roadway is open SR7/320th. Troopers and detectives are still looking for a black vehicle believed to be involved in this morning’s tragic bicyclist fatality. If you know anything regarding this collision, please call the Washing State Patrol.” 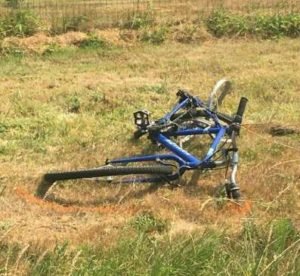 The picture was then shared on forum website Reddit, where users tried to track down the car part and do the cyclist justice. A reddit user and former Maryland inspector under the name “JeffsNuts” was able to identify the headlamp as a bezel from a 1988 Chevrolet Silverado truck. A few days after, Batiste posted on twitter telling the public that an arrest had been made. People were shocked that an online user was able to solve the case from looking at just one photo.

“Anyhow, I’ve done a ton of headlamp adjustments, so right away I knew what that notch in the plastic was for.” said JeffsNuts, “I first checked 1988 Ram 1500 trucks and by chance, there was a picture of a mid 80’s Chevy truck, a quick Google part search and copy and paste and now from the comment section I need to learn about URLs and queries and cache or something.”