Cop Arresting Teenager for Sneaking into Gym, Gets him Membership Instead

In Chicago, a teen was caught by the police after repeatedly walking past the front desk and onto the basketball court of a fitness center. The day before he had already been warned, but that did not stop him from trying to sneak in again the next day. The management of X-Sport Operations said he had no choice but to call in the police. But when the boys in blue arrived, not only did they not arrest the teenager, they even paid for his gym membership so that this would not happen again. 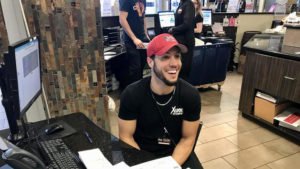 Skokie Police Officer Mario Valenti responded to a call last August about a boy that had tried to sneak into a fitness center and into the basketball courts. When he heard about the situation, he offered to pay the $150 membership fee out of his own pocket. Valenti has been a veteran on the force for the past two decades. He said he would rather have the teen playing basketball there than on the streets getting into trouble. 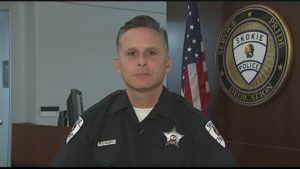 “Most of us took this job to help people, not to hurt them,” Valenti said. “The job can be negative. For the most part, the job is dealing with good people having a very bad day so you’re not seeing the best side of people. It seems like all that’s represented (in the news) with police is the bad stuff, and it’s a shame, because when I took this job 23 years ago, I didn’t think everyone was going to hate you, which is sometimes the feeling you get as a police officer.” A spokesperson for the Skokie Police Department commended Valentie and said it’s important that the public sees the good side of the police as well.