Controversial Statue of Former Philadelphia Mayor Has Been Removed 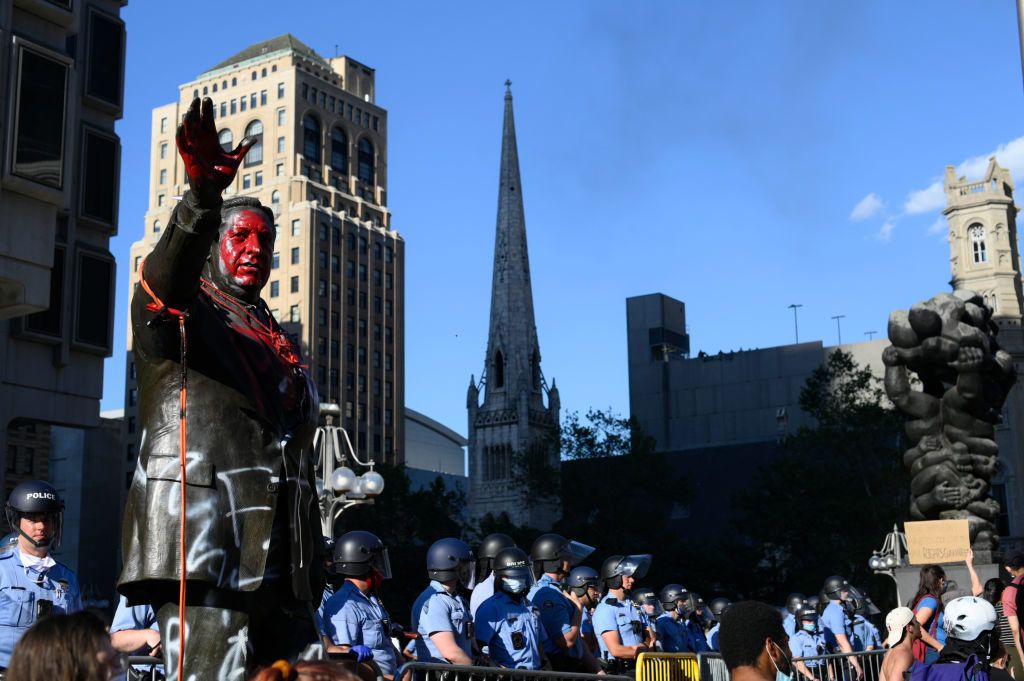 The Frank Rizzo statue has finally been removed from its longstanding position across from City Hall. Protesters attempted to bring the statue down while participating in demonstrations against police brutality.

Rizzo famously told Philadelphia voters in the 1970s to "vote white," cementing him—and his bronze likeness—as a symbol of white police brutality against Black people and other marginalized groups.

"The Frank Rizzo statue represented bigotry, hatred, and oppression for too many people, for too long. It is finally gone," said Philadelphia Mayor Jim Kenney after the statue was taken down on Wednesday. 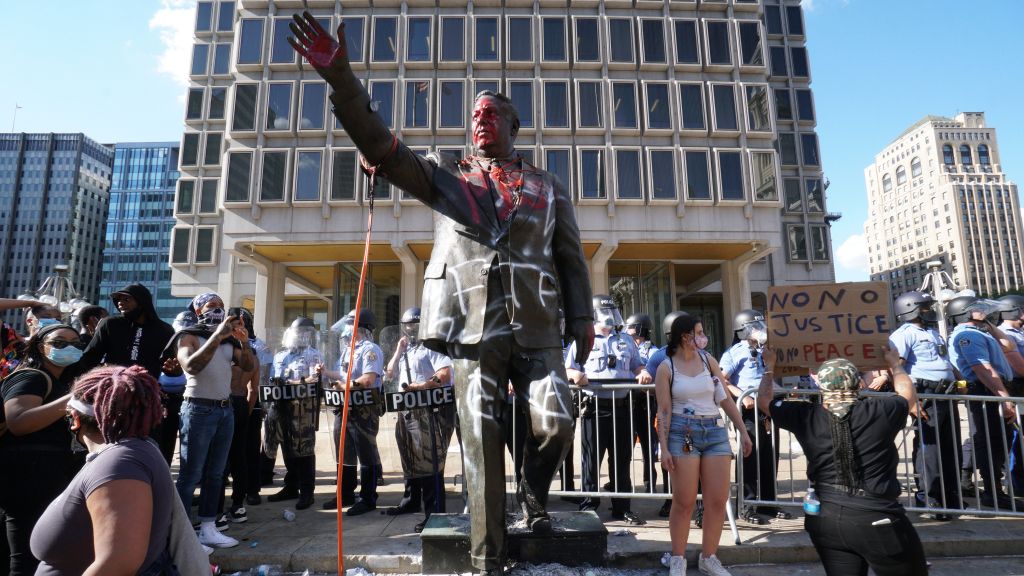 Rizzo left behind a legacy of hatred and intolerance, prompting the city to remove it after countless protestors vandalized it during the past week. The protests are meant to highlight lives lost to police bruality. Most recently, those whose lives were cruelly cut short due to police violence include George Floyd in Minneapolis, Minnesota; Breonna Taylor in Louisville, Kentucky; and Ahmaud Arbery in Brunswick, Georgia.

"As National Guard troops deployed in the wake of recent protests watched, a crane lifted the 10-foot-tall bronze statue and workers shook it from its stand outside the Municipal Services Building, across from City Hall. It was loaded onto the back of a truck," reported WHYY.

Rizzo died in 1991, but his penchant for violence during and after the era of civil rights has not been forgotten.