In South Korea, a cleaner at the Incheon International Airport was clearing out trash bins when he made a discovery that could change his life. The cleaner found seven gold bars of gold worth 350 million won or approximately $325,000. He contacted the airport’s authorities immediately. The bars weighed 1 kilogram each, and each bar was wrapped in newspapers in a tax-free area of the departure terminal of the airport. 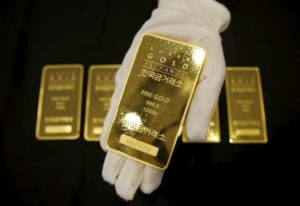 Through CCTV footage, the police have identified a Korean man as being the owner of the gold and two other men as the ones that discarded the gold bars in the trash. According to reports, they ditched the bars because they were afraid of custom control. The police also believe that the men were from Hong Kong, where there is not tax imposed on gold purchases. They believe they were going to Japan through South Korea because they thought it would be easier to bypass customs here. 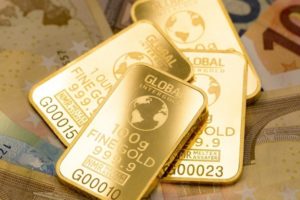 Some reports say that it is common for criminals to smuggle gold into Japan through South Korea. It is a crime that has been prevalent in Japan since they increased the tax on goods from 5 percent to 8 percent in April 2014. Just this January, seven women from South Korea were caught smuggling gold to Japan after a scan detected metal blocks each weighing 200 grams taped on their abdomen.

There will be an investigation to find out if the gold is connected to any criminal activity. If the gold is cleared and no one comes forward to claim the bars, the cleaner will be able to claim the gold bars as his own because of South Korea’s “finders keepers” law.