In the United States, it is very important to tip well when eating out. The standard amount for tips is usually 20 percent. But earlier this week, a man left a whopping 260% tip for the staff of a Chicago restaurant. The man initially left $300 on his bill as a tip, but then he went to the kitchen and gave each of the 17 staffers there $100 each. 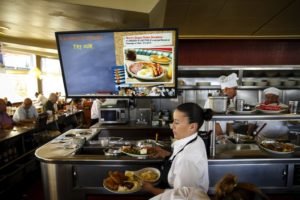 The man was only identified as “Mike visiting from Seattle”. He said he wanted to show his appreciation for the meal he had at the restaurant. The restaurant Boka said that the customer left a total of $2,000 in tips for a $759 bill. The tip includes the $100 tips he gave to each of the staffers in the kitchen. The restaurant posted the picture of the man and the staff on their official Instagram account. 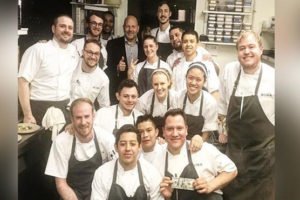 “It was amazing to have that happen unexpectedly and randomly, and for someone to show that amount of appreciation,” said Jon Leopold, the restaurant’s general manager, in an interview with a newspaper. “It’s not just about the money but spending time with people in the kitchen and telling them how wonderful of a meal it was and how important it was for the cooks to be doing what they’re doing.”

Boka describes itself as an “upscale restaurant serving seasonal American fare.” It boasts one Michelin star. The restaurant is also nominated for a prestigious James Beard Award for its service. The winner will be announced later this month.