This weekend, Carrie Underwood took part in a standard fall parenting activity: being a ‘soccer mom.’

Isaiah, her three-year-old son, had a soccer game this weekend and he got off to a great start. Rocking gear from her CALIA by Carrie athletic clothing line, Carrie cozied up with a hot beverage and warm clothes for aÂ chilly day at the field cheering on her son.

In the caption, she filled fans in on a comedic moment she had as a soccer mom, one that most soccer parents can relate to…

Officially a soccer mom this morning! It’s chilly out but I’m staying warm rocking some @caliabycarrie …the kids played a good game! Isaiah scored two goals for his team…and one for the other team ðŸ¤·â€â™€ï¸. Hey, a goal’s a goal! âš½ï¸

“Isaiah scored two goals for his team…and one for the other team. Hey, a goal’s a goal!”

And as any soccer parent knows, this is pretty common, and certainly comedic, when it comes to toddler soccer.

Carrie and her husband, Michael Fisher, announced just a few weeks ago, that they were expecting baby number two after a few unfortunate miscarriages. Carrie admits this pregnancy is much more difficult on her body. But being pregnant hasn’t stopped her from being a great and supportive mom to Isaiah.

She said in an interview with Jimmy Fallon that she doesn’t think her son realized how life will change with a younger sibling. 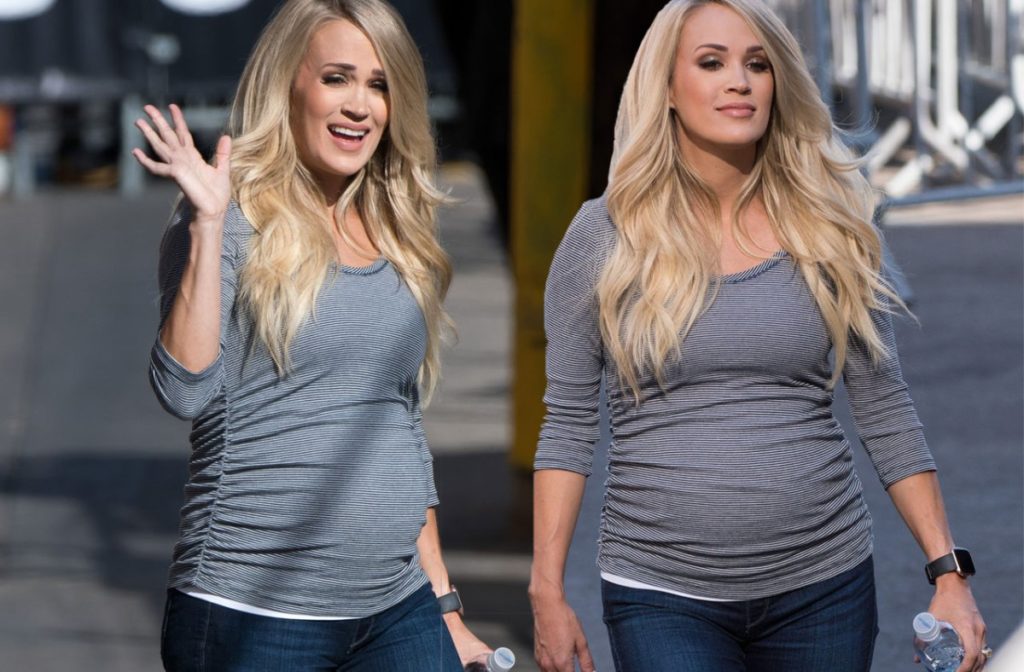 “I don’t think for real he (understands),” she said to “Tonight Show” host Jimmy Fallon. “He’ll be really sweet and he’ll like, talk to my belly and kiss my belly.”

Carrie also admitted to Jimmy that when she and Mike asked Isaiah for a name suggestion, he said, “Isaiah Michael Fisher.”

Regardless of what route they go for naming baby number 2, it’s likely that Carrie and Mike will have a few more soccer games to attend in the impending future.