The Brutal Black Project is said to be an attempt to bring tattooing back to its primitive quality, but that could be easily confused with masochism. 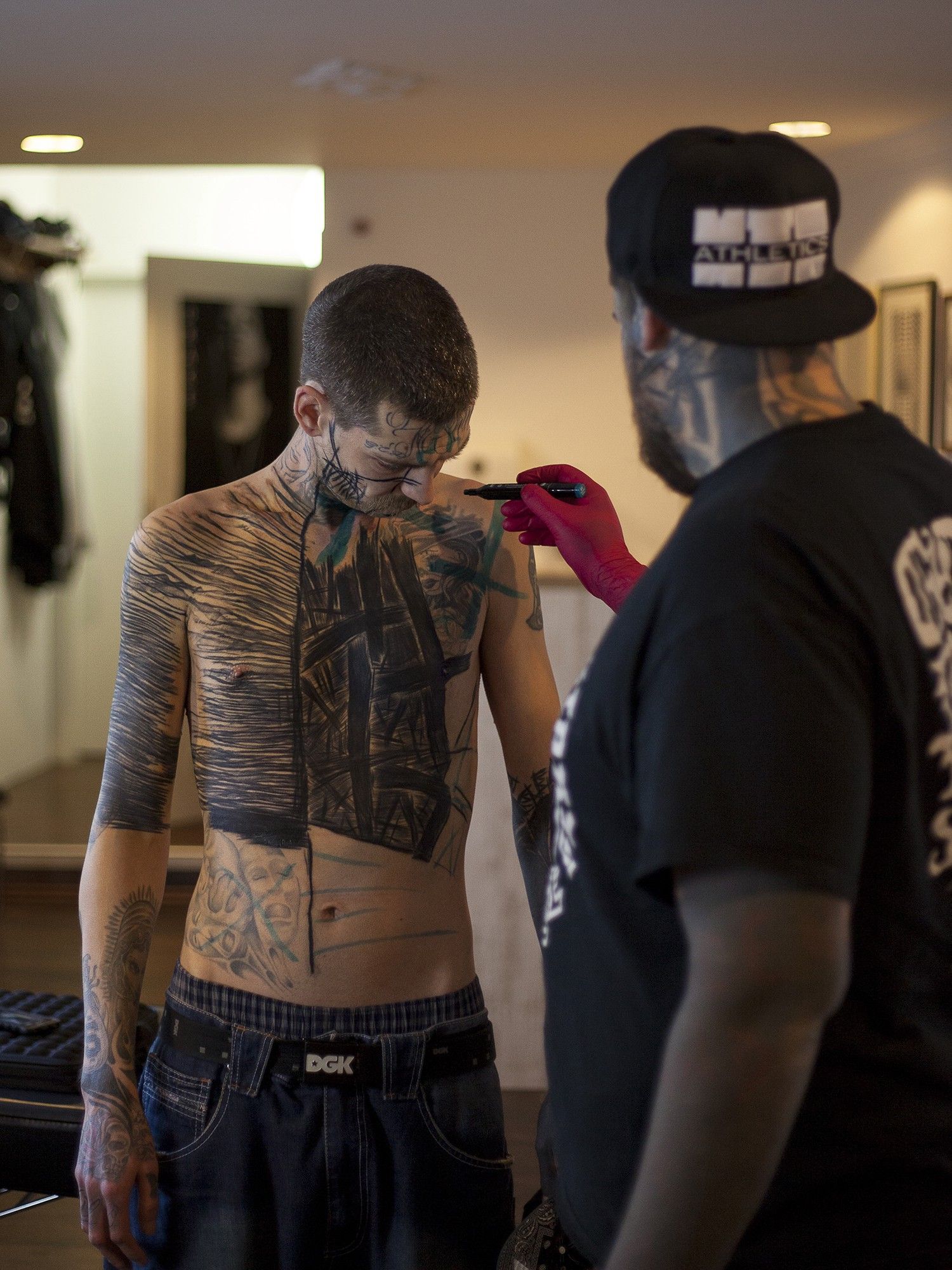 Formerly covered by Vice News, the Brutal Black Tattoo Project is back up and running once more. This project is spearheaded by tattoo artists Valerio Chancellier, Cammy Stewart, and Phillip "3Kreuze," all dedicated to bringing a modern twist to traditional, ritualistic tattooing methods.

How are they doing that? Funny you should ask. Instead of hammering long sticks with needles attached to them into people's backs, these individuals use modern tattooing techniques and just go out of their way to give their guests the most absurdly painful experience they could possibly deliver.

Although this prospect sounds like the least attractive and most unusual phenomenon, people actually pay thousands of dollars to engage in this exercise, and some view it as a method of retribution. Some individuals find catharsis in the pain. Valeria Cancellier says that the tattoo world is far too involved with the end result and that consumers should be focusing more on the process. The Brutal Black Tattoo Project artists argue that tattooing is less about the artwork itself and more about paying attention to the person that's receiving the artwork.

Generally, there are no guidelines, no stencils, and no design ideas that preface a Brutal Black appointment. You show up, the artists make sure that you're in the proper physical condition to receive one of their tattoos, and then they go to town.

Oddly enough, for a tattoo that's primarily intended to inflict pain, these artists consistently create cohesive and beautiful abstract chunks of blackwork that cover enormous areas on their client's body.