Four months after being born at Chester Zoo, footage has finally been released of a Highland Tiger kitten. The female, who remains unnamed, is also known as a Scottish wildcat. With only 100 estimated left in the wild, the Highland Tiger has becomeÂ Britain’s rarest mammal. 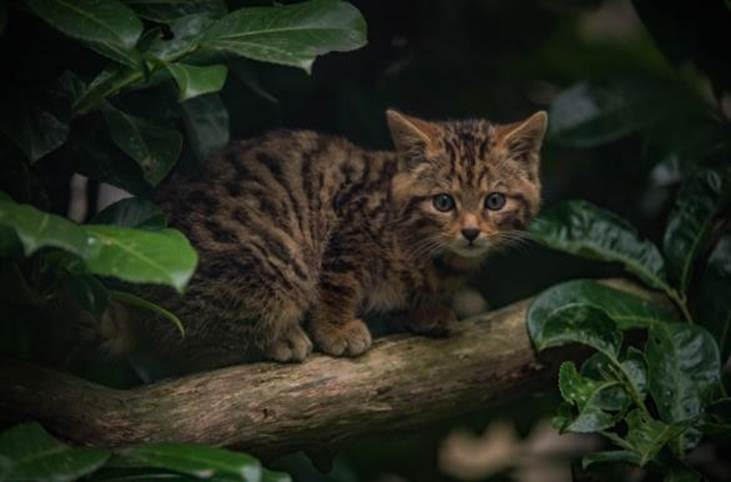 The kitten was born this past August as part of a breeding program to prevent the species from going extinct. Its parents, Einich and Cromarty, have been fiercely protective.Â  Highland Tigers used to be a common wildcat in Britain, but were hunted for pelts and killed to curb them from preying on game birds.

A Scottish wildcat kitten â€” the U.K.'s rarest animal â€” was captured on camera for the first time months after it was born. pic.twitter.com/VfPoY3bODn

Wildcats are now protected by UK laws because they are the only remaining wild feline species. They are still threatened by habitat loss, cross-breeding with domestic cats, and disease. Hopefully, the breeding program will help to reintroduce Highland Tigers into the wild in the future.