An 8-year old boy is being praised online for the kindness and compassion that he showed for a complete stranger. The young boy was with his mother and sister driving along when the child spotted a elderly woman with a walker trying to make her way up a flight of stairs. The young man then asked his mother to pull over so that he could help out. 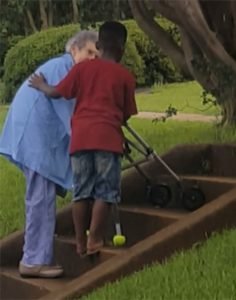 Maurice Adams Jr. was in the car when he spotted the elderly woman. After his mother pulled over, he ran to the woman and held her arm as she took each step of the stairs. The old woman had a walker, but she relied on the young man to gain some balance and leverage to climb each step. At the top of the stairs, she gave the young boy a hug and he ran back to his family waiting in the car. 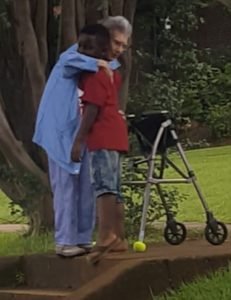 The entire encounter was filmed by Riley Duncan, who saw the boy running out of the car in traffic to help the woman. When he realized what the young boy was doing, he decided to capture the special moment. Duncan has since posted the video on social media, where the post has gone viral. The young man has since been praised and commended for his kind actions.

The mother of the boy, Contricia Hill, said that she didn’t know that her son was being filmed, but she was very proud of her son’s actions. According to Hill, the old woman told Maurice that he was a very special boy.