The Nate D. Saunders auction company has listed this rare edition of a signed "Black Panther" comic book at $8,000. With a grade of 9.8 by the CGC Signature Series, it's confirmed that both signatures from Boseman and Lee are real. Black Panther director Ryan Coogler also signed the cover, making for an iconic trifecta. 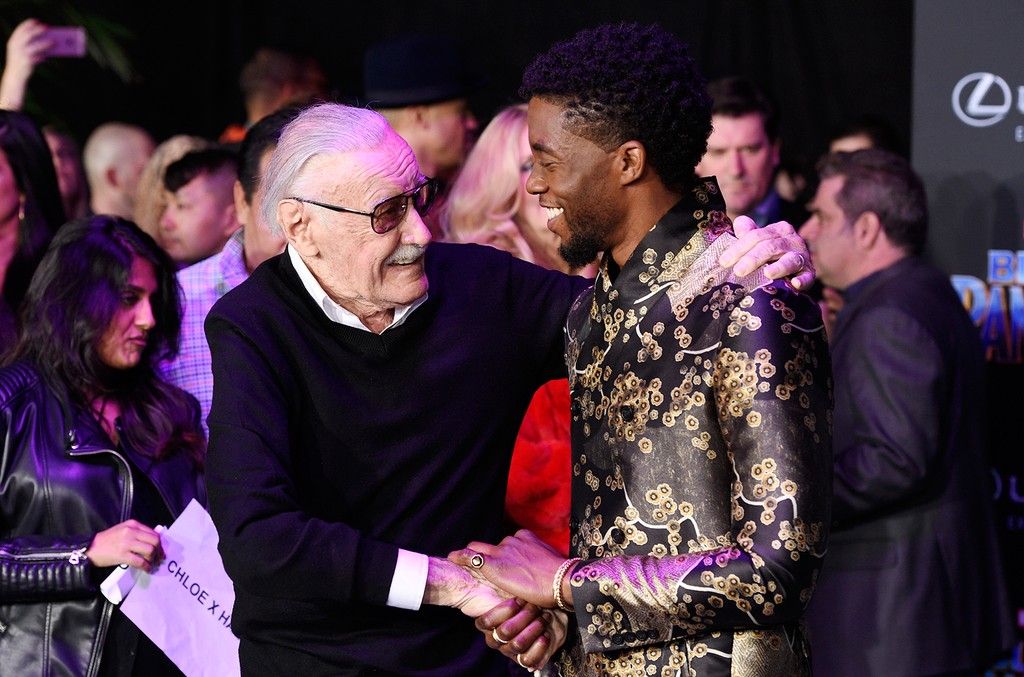 Though the book is "Black Panther #1," it has an updated cover that features Stan Lee aside a suited-up Chadwick Boseman, and is from the Middle East Comic Con. Signed in black by Boseman and silver by Lee, the book measures at 8.125 by 13 inches. You can tell by the penmanship that Boseman also signed the number 42 next to his name, which is an homage to his role as Jackie Robinson, number 42 for the Brooklyn Dodgers. Boseman passed away earlier this year from a long and very private battle with cancer. He was just 43. Stan Lee passed away in 2018 after he suffered from cardiac arrest. He was 95, and there have been countless tributes to him within the Marvel universe.