TMZ released a video of the superstar couple and their daughter notedly sitting during Demi Lovato's rendition of "The Star-Spangled Banner," and many fans expressed their anger on Twitter.

Most users were disappointed in Queen Bey because she herself has performed the halftime show twice. And, just two months before the Super Bowl, Jay-Z's Roc Nation company partnered with the NFL as a "live music strategist." This was another move that fans of the rapper were wary of, though he insisted he still supported protesting, including Colin Kaepernick's kneeling movement. The partnership is meant to be a step towards inclusivity. 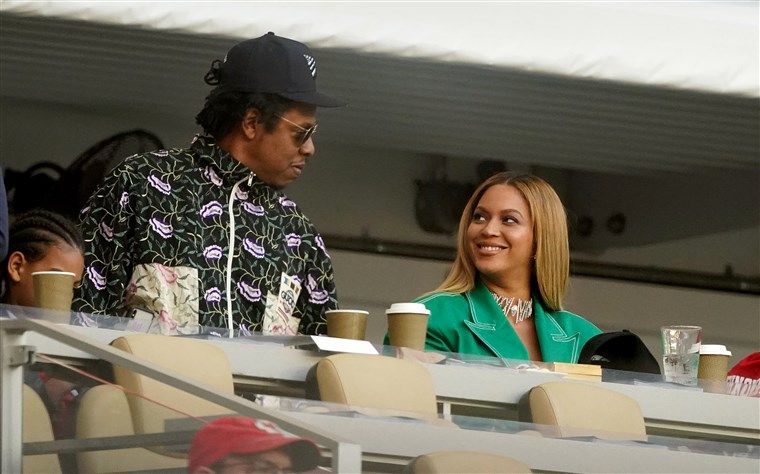 During Demi Lavato’s rendition of the National Anthem, Jay-Z and Beyoncé were seen seated.

The mega duo are seen swaying and Beyoncé may be even singing along. Jay-Z has a multimillion dollar deal with the NFL curating entertainment events and social justice causes. #SuperBowl pic.twitter.com/kvtuA6iAwM

"Beyoncé and Jay-Z not standing up during the National Anthem while still collecting a check for their appearance at the [Super Bowl] is like going to a strip club and acting like a prude for not tipping the dancers at the front," wrote one Twitter user. "Complicity is complicity. They shouldn't have went."

"Beyonce & Jay-Z remain seated during National Anthem," added another. "That disrespect aside - she has sung the national anthem & performed 2 halftime shows, yet she couldn’t find it in her to support Lovato who suffered through many struggles? SMH." 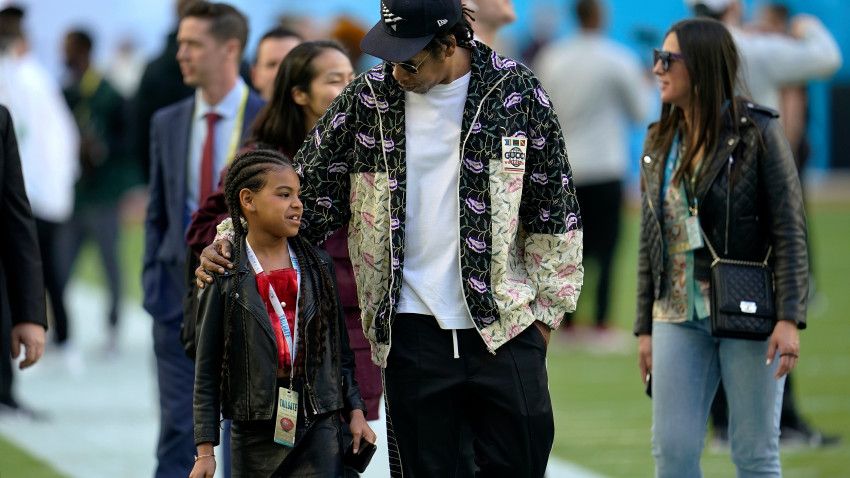 However, despite the criticism, there were still fans who supported the couple's decision.

"People still don't get it. Celebrities who have money and are rich and famous are still able to protest. Just because Jay-Z and Beyoncé are rich, doesn’t mean they can't show support," tweeted one person. "If people in power wouldn't have helped Holocaust survivors, would millions have been saved?"