Bernie Sanders is getting another exclusive flavor in the “Ben’s Best” line of Ben & Jerry’s pints. During the 2016 election season, Bernie was immortalized in the Bernie’s Yearning flavor, and now the 2020 season will support Sanders with the Bernie’s Back! flavor. 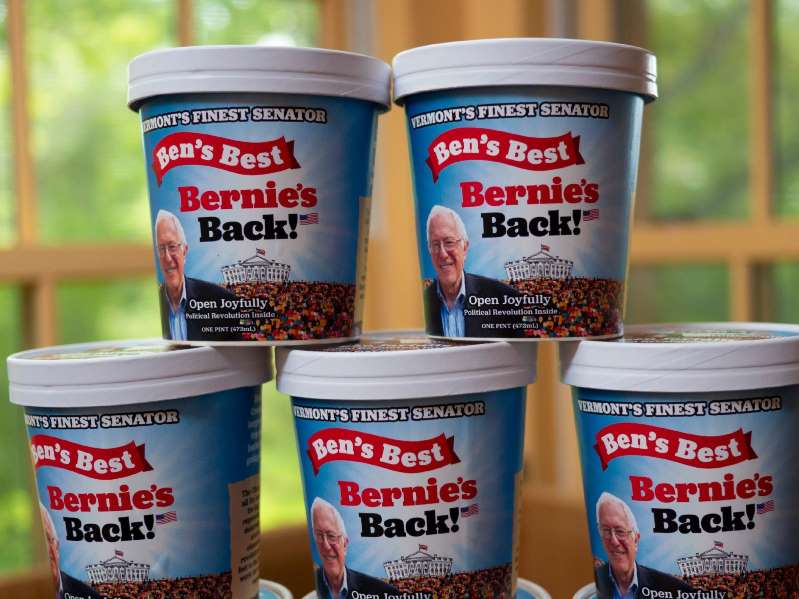 Ben’s Best Bernie’s Back is billed as a “Hot Cinnamon Ice Cream with one very large chocolate disc on top and a (very still) butter toffee backbone going down the middle.” While the flavors may seem random, they’ve all been selected purposefully. “The chocolate disc represents all the wealth that has risen to the top 1 percent. The backbone reprsents Bernie’s steadfast determination to un-rig our economy. And the hot cinnamon is our political revolution holding politicians’ feet to the fire to make America work for working people of all races and genders,” the official description states.

No more than 40 pints will be produced, and available exclusively as part of a random giveaway. To enter to win a pint from now until August 9, go to JusticeInAllFlavors.com (which redirects to Bernie Sanders’ campaign site) and signing up for Bernie’s mailing list.