A barn owl named Bobby was brought to a wedding ceremony to add a bit of wizardry feel to the celebrations. But things didn’t go according to plan as the owl wanted to get to know a few more people. The bird flew around and even swooped close to some of the guests in the wedding procession, causing a little bit of chaos before the main ceremony. 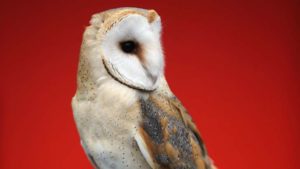 Betrothed couple Mark Wood and Jeni Arrowsmith wanted a Hogwarts theme for their wedding. They picked Peckforton Castle in Cheshire for their location and even had an owl with the rings land on the arm of the best man. But that’s when things went awry. At first, the bird just started to flap its wings wildly, then a guest pointed to the owl, which the owl took as a sign to fly and flew off the best man’s arm and started to fly around, rattling the guests that attended. 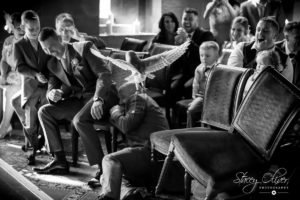 “The owl sees it as a sign to fly to the hand,” said Stacey Oliver, the official wedding photographer, “I just instantly knew what was going to happen, I could see it was going to happen.” Ironically, the best man was scared of birds and fell off his chair as the owl swooped down to him, which the crowd on hand found hilarious.

According to reports the best man “tried to regain some composure, the owl, who was by now, without doubt, the star of the show, perched on the table used for signing the register and glowered at the congregation.”