Earlier this week, a marine ecologist found something unusual when studying a part of the ocean. She found a pair of baby octopus among the trash debris. Sallie Beavers of the Kaloko-Honokohau National Historical Park, was a part of a team of scientists who discovered the tiny creatures among floating plastic trash. She took photos of the babies and posted them on social media, where they quickly went viral. 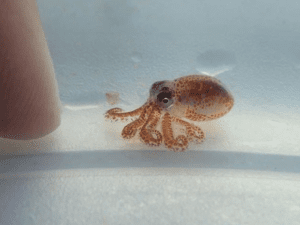 The octopus babies were earlier found and photographed last year, but they were only recently published on an Instagram post by the US Interior Department. The researchers also said that they believe the babies are members of a species of octopus that can grow as large as three feet long and weigh in at 12 pounds. The small octopus babies still have a lot of growing to do before they reach adulthood, but they have a better chance now that they are not stuck on trash on the surface of the ocean. 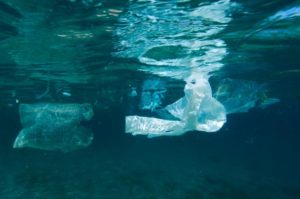 “While taking a surface break from coral reef monitoring, marine biologists from #Hawaii’s Kaloko-HonokÅhau National Historical Park picked up several items of floating plastic marine debris,” said the description of the photo on Instagram. “This beautiful little octopus was found among the debris.”

Octopus are one of the most prolific and intelligent animals in the oceans. They are soft bodies and they are known for their eight limbs. There are around 300 recognized species all over the world. They usually inhabit coral reefs and the sand along the seabed.