Baby Jesus Statue Returned After Being Stolen 90 Years Ago

Earlier this week, a statue of a baby Jesus was returned to a church after it was stolen close to 90 years ago. It started when a suspicious package was found on the doorstep of a church in New Jersey. The members of the church couldn’t quite figure out what it was, but it turned out to be an unexpected surprise when it was discovered to be statue that had been taken from the church almost a century ago. 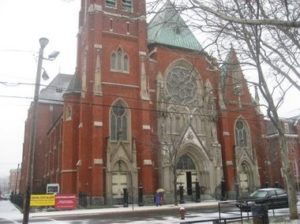 When the package was initially discovered, the police was called in to make sure that the Lady of Grace Church in Hoboken, New Jersey was safe. When the package was finally opened, they found the statue of a baby Jesus. The package was wrapped in brown paper and a box with no return address. The statue had a note with it claiming that it had been stolen from the church during the 1930’s. 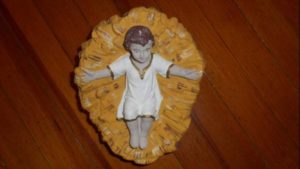 “To Whom It May Concern, My Mom told me that the Baby Jesus had been stolen from the church Nativity display at Our Lady of Grace when she was a young girl of about twelve years of age in the early 1930’s. It came into her father’s possession somehow, and I don’t know why he didn’t return it. Instead, he gave it to my Mother after she was married, and she too kept it until her passing when it came to me. Knowing the story, I felt it should be returned to the rightful owner, and you will find it enclosed.”

“I think it’s a sign that God has graced them to do the right thing,” said Reverend Alex Santora