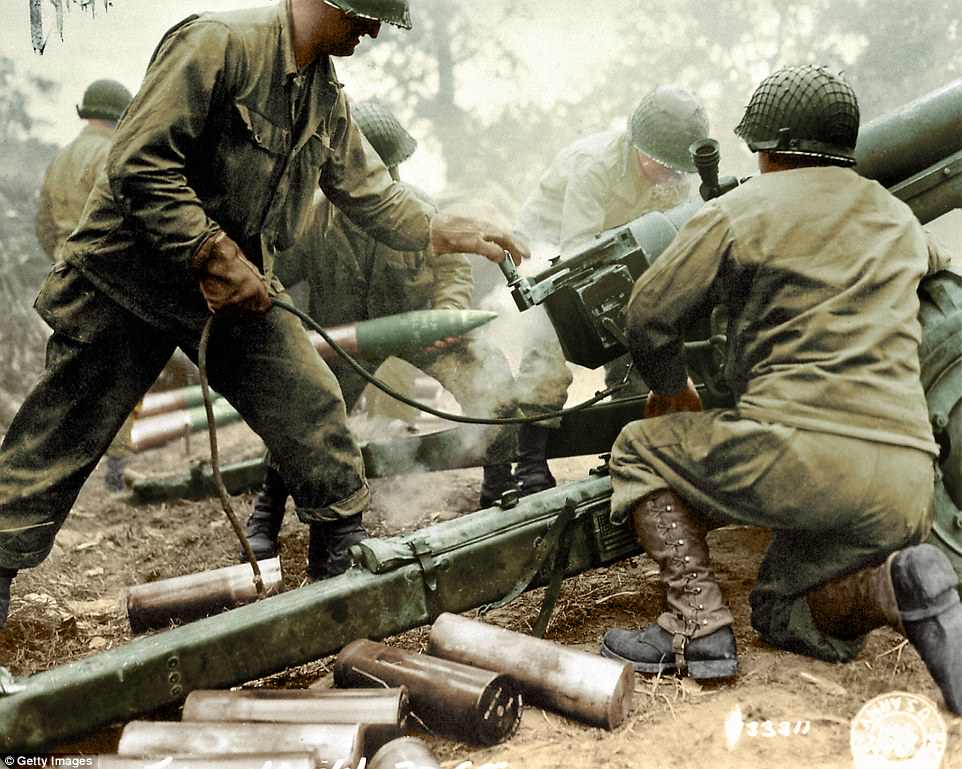 This photographer was stationed with the American 4th Infantry Division. The soldiers are seen firing a 105mm HM3 Howitzer in Carentan. They are stationed near Utah and Omaha beaches. These troops were a part of the Utah Beach landing.

Young Soldiers On Their Way To Omaha Beach 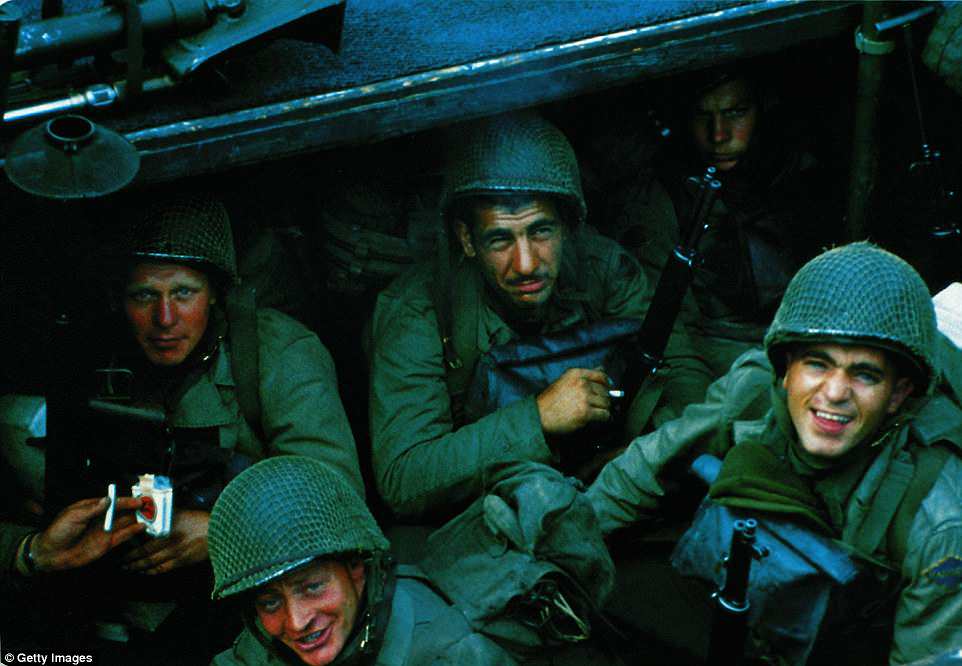 These were United States Rangers from E Company, 5th Ranger Battalion. They are on their way to Utah Beach in Normandy. First Sergeant Sandy Martin, on the far left, was killed during the battle.