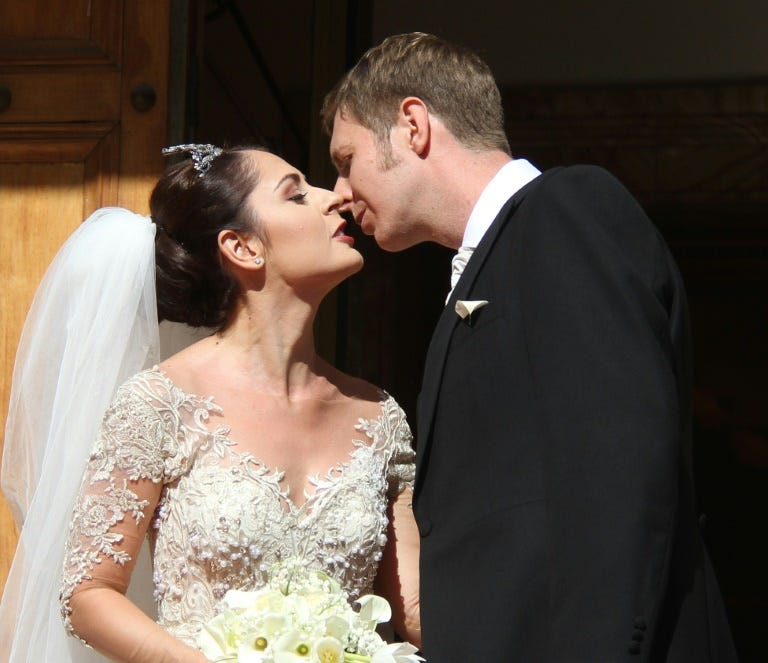 "Her Royal Highness and her child are both doing well," the royal court said in their birth announcement. Queen Geraldine was Albania's last queen consort following King Zog I's exile in 1939 following the Italian invasion. After the dissolve of Albania's monarchy, Zog's son Leka became the head of the House of Zogu until his death in 2011, in which his son Leka II became Crown Prince. In 2016, Leka II married actress Elia Zaharia, and they reside together in Tirana.

The Crown Prince and Princess represent Albania and Kosova and preside over the Queen Geraldine Foundation. Leka II also works as an advisor within the Albanian Ministry of Foreign Affairs, Ministry of Interior and the Albanian Presidents Office, while his wife works with the Albanian National Theater.