For some reason, people of the internet are obsessed with ‘then-and-now’ photos. They love seeing the aging process in action, apparently! Whether it’s hilarious (and usually awkward) family photos or the progression from puppy to adult dog, people will eat it up. These adorable photos of couples and siblings who recreate their photos decades later are really pulling on people’s heartstrings. 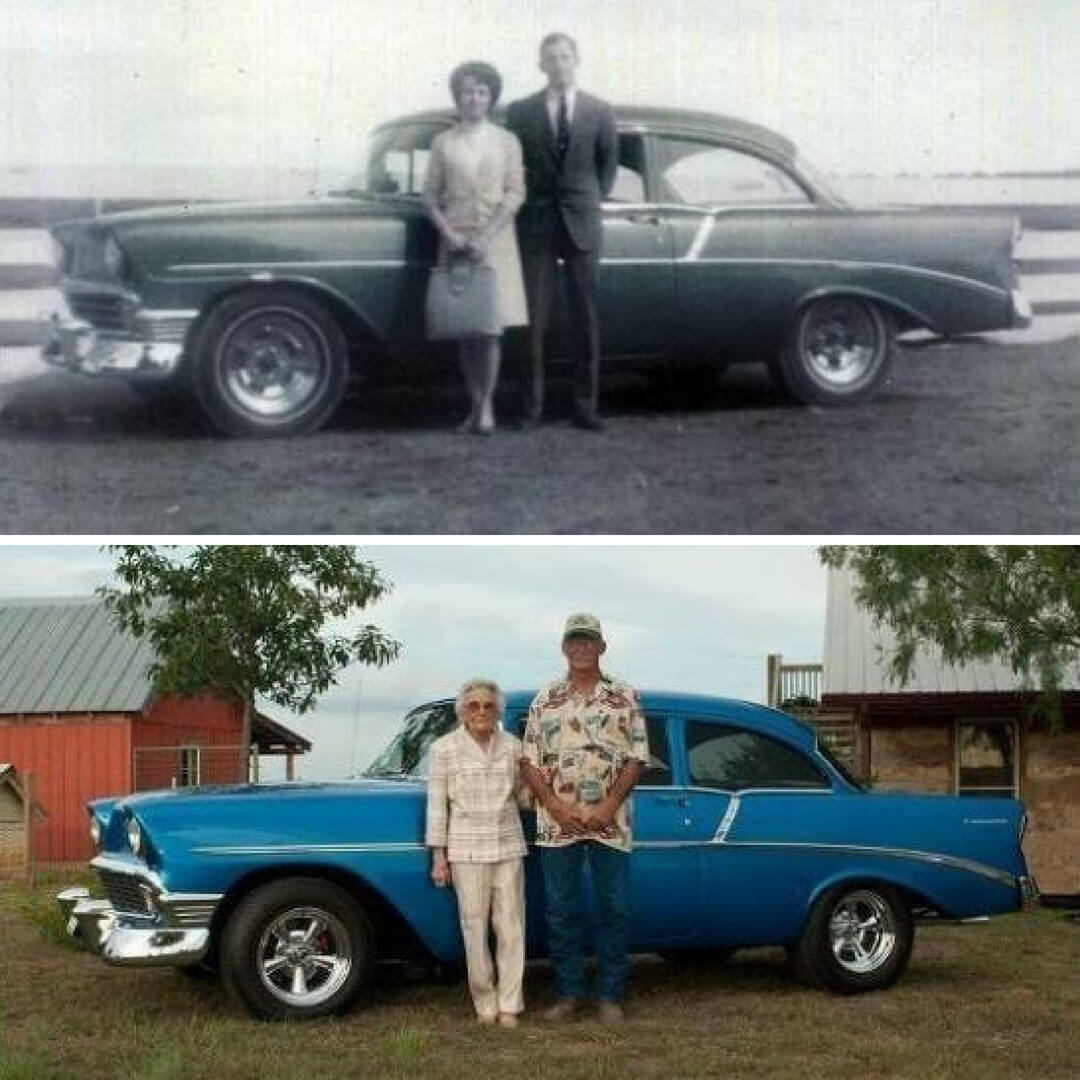 These two and their car have been through it all. The only difference is that the wife is just barely taller than the car! They really kept their love and that ’56 Chevrolet in pristine condition! 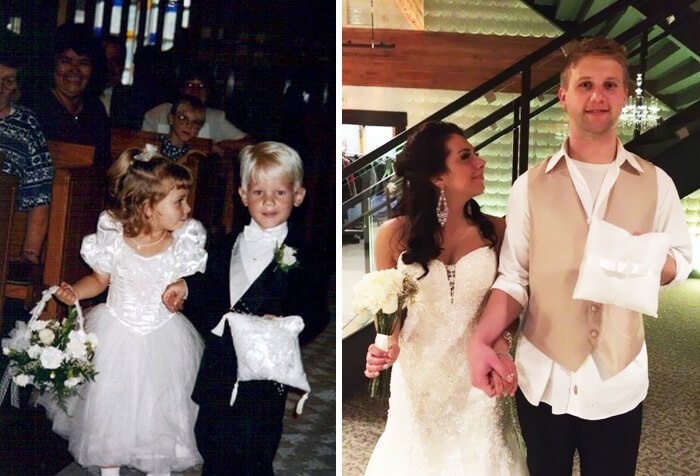 These two were the flower girl and ring bearer in a wedding when they were just 3-years-old! Fast forward twenty years later, they are getting married themselves! Who would have thought these two would end up together? This makes for an emotional wedding for sure!