In these times, it can be hard to find understanding and kindness among random people. But it does happen, even if it is not often highlighted in the news or headlined in mainstream media. These small acts of kindness are not exciting or stimulating, but it can make a huge difference in the lives of the people that it touches. Such is the case with this small act in a supermarket in California. 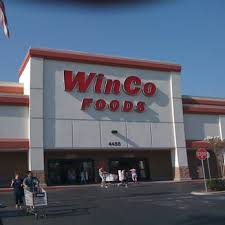 A man was shopping at a Winco supermarket in Modesto, California. It was just an ordinary day at the supermarket when he noticed something interesting. He witnessed a stranger help an elderly woman bag her groceries after the man noticed that she was having trouble with it. From the looks of things, the man was a complete stranger and just decided to do something nice for someone. 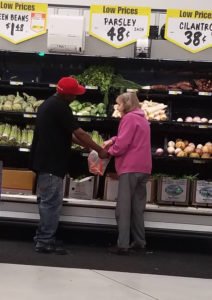 When the man witnessed the small act of kindness, it made his day. It had touched him so much that he decided to take a photo of the Good Samaritan and the woman that he helped. He shared the photo and the story on social media where it quickly went viral. Several people have liked and shared the story in hopes of spreading kindness and inspiring other people to make their own small acts of kindness.

“Dude saw a little old lady was having trouble bagging some stuff so he stopped and held her bag open for her,” he wrote on social media, “Small act but man did it make my day… and yes I absolutely took a pic of 2 complete strangers.”