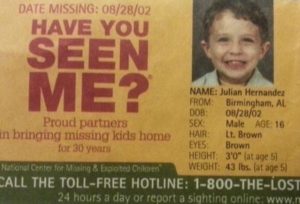 Immediately after reading the letter, Julian’s mother contacted the authorities in hopes of bringing her son back to her. The police immediately came and started their searched for the 5-year old. They searched the school and the surrounding areas, as well as the house where Bobby lived. The local police even put up posters with Julian’s picture on it. He was described as a 6-year old boy with light brown hair and eyes and a dimple on his left cheek. But the father and son were nowhere to be found. 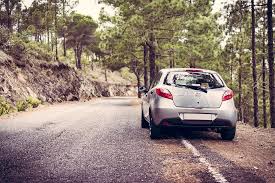 On that fateful day, Bobby did not take Julian to school. He placed his son inside his car and started to drive out of town. They headed north until they stopped in Cleveland, Ohio. That was where Bobby decided to make a new life for himself and his son. He took the social security card and driver’s license of a man named Jonathon Mangina and started calling his son JJ. With new names and a new town, Bobby decided to settle down and live a new life.