Arguably the worst part of having cancer is just how so many things are simply out of your control. And, while modern medicine still has ways to go in humanity’s fight against cancer, one revolutionary cap at least can help give back some of that control.

The said revolutionary cap, known as the DigniCap, claims to have helped cancer patients save at least half of their hair during chemotherapy.

In fact, it’s helped one particular cancer patient save much of her hair throughout her session. 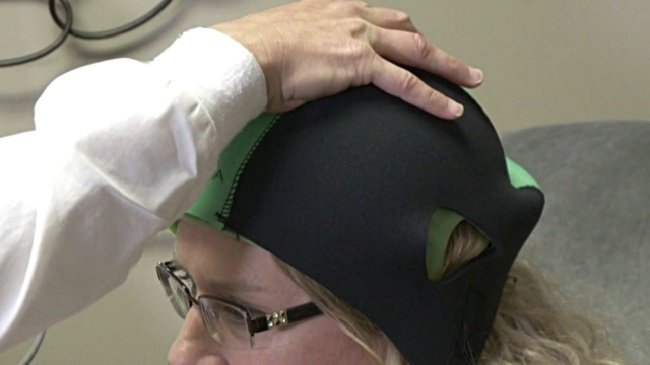 The said patient, Donna Tookes, was diagnosed with breast cancer a few years back. Almost immediately, the realization that she would soon be without her signature white hair dawned on her.

Her husband, Darryl, then began researching about Donna’s illness. Then, after being fairly confident that her cancer was treatable, he looked for a way to save his wife’s beautiful hair. After a while, the couple saw DigniCap and decided to take a chance.

The revolutionary cancer cap works by cooling the scalp to 37 degrees during chemotherapy, which would help patients save at least half their hair throughout treatment.Â  In Donna’s case, she didn’t just end up saving half of her hair, she reportedly didn’t even lose a single strand!

Be sure to their website and Facebook page to learn more about this revolutionary medical device. Also, don’t forget to share this with your friends and family!