Veteran runner Chau Smith has run almost all the marathons available in the world, including close to 80 races. So for her special birthday she wanted to do something special. She decided to do the Triple 7 Quest. The Triple 7 Quest is to run 7 different marathons across 7 different continents, in only 7 days. The quest is hard enough as it is, but Chau Smith is facing a particularly hard challenge as she is turning the ripe old age of 70 years old.

Chau started her challenge in January in a carefully planned trip that would take her around the world. She started in Perth, Australia, then Singapore, then Cairo, Egypt, next to Amsterdam, then to New York, then Punta Arenas in Chile, and finally, in King George Island in Antarctica. With the finish of each leg of the global marathon, Chau would immediately jump on a plane to her next destination to start her next race. 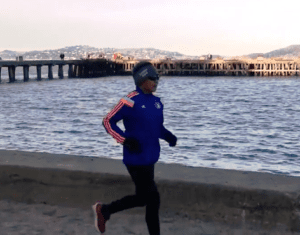 Chau’s only rest would be the plane ride to each location and a night of sleep at the hotel when she arrives. The next day she would start the next leg of the global marathon. Despite the time difference, she never really experienced jet lag as she was constantly travelling for an entire week. Her biggest struggle was coping with the change in temperatures, sometimes switching from blistering hot to numbing cold in just a matter of hours. Chau also suffered from severe sunburn from all her races.

But despite all these challenges, Chau was able to complete the Triple 7 Quest, being one of the oldest runners to do so. What’s next for the business owner from Missouri? She plans on completing the Triple 8 Quest, which is just like the previous challenge, only it entails 8 races in 8 days in 8 continents (with the addition of the microcontinent Zealandia as the 8th location).