It’s never too late to start in any sport. A testament to this would be 101-year old woman, Kaur from Punjab, India. Kaur recently won the women’s 100-meter dash at the 2017 World Master Games in New Zealand earlier this week. Kaur did not have to overexert herself in the race, as she was the only entry in the 100+ age category, and she was able to bag the gold medal in the event. 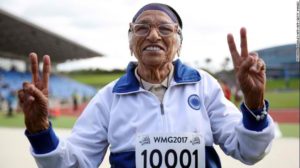 But having no competition should not take away from Kaur’s achievement. It is not easy for someone who has lived a century to complete a 100-meter dash. Kaur was able to complete the 100 meters in 74 seconds, making her the fastest 100-year old in the planet. When Kaur crossed the finish line, she told reporters that she was very happy to participate in the games and that she was proud of her achievements. 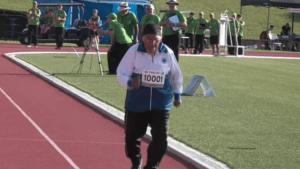 According to Kaur, she is still full of life at the age of 100. She runs, she walks, and she even has time to cook in the kitchen. Kaur came to the sport late in her life, taking up running at the ripe old age of 94. According to the gold medalist, she plans to compete in several other games, and she has her eye set on the shot put competition and the 200-meter dash. The World Master Games have been held since 1985 and occurs every 4 years. Athletes of all ages and abilities are welcome to join in the competition.