Most people believe that age is just a number. That if you feel that you’re still up to challenges that are better fit for people half your age, then you should go ahead and face those challenges with a youthful spirit and attitude. This can be applied to Harold Hager of New York, who despite turning the ripe old age of 100, has no plans of slowing down with his life plans. Hager still takes 20 hours a week to volunteer for Habitat for Humanity. 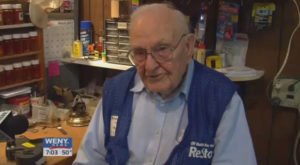 Hager first volunteered for the non-profit organization last year, and he has kept his commitment despite turning 100 years old. In fact, Hager has volunteered more hours at Habitat for Humanity than anyone at the Steuben County offices in New York. This selfless act at such a advanced age has inspired more people to make the most of their life and to help others. 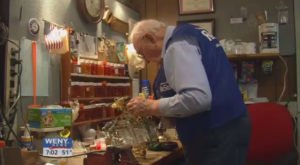 “Harold has been with us for a few years now and he’s the volunteer who does the most number of hours here,” said Matthew Harmer, the Marketing and Outreach Coordinator for Habitat for Humanity in New York City, “He works the equivalent of about a twenty-hour work week.” Hager says that despite reaching such a milestone age, he still plans to dedicate his life to helping others. He says his next goal is to reach the age of 105. If he does reach that mark, there’s no doubt that he’ll be spending his time the same he has been for the past century, which is in helping the people and the community around him.