It was a routine Uber fare for David Scullion II. He had gotten a call from a couple in Philadelphia who was stranded at the side of the road with a flat tire. They were headed southbound on Interstate 95 and had to make an important appointment. As a driver for Uber, he was used to picking up people who needed to get to their destination in a hurry. But when he met the couple, he realized that they situation was a unique one. They were eloping and were headed to their wedding. 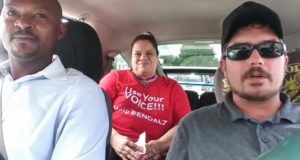 After talking to the couple, he found out that they were eloping and they were trying not to be late for their own wedding at the Cecil County Courthouse in Maryland. Scullion himself was married to his wife Melissa for 14 years, and could empathize with the engaged couple. He asked if they had any witnesses, and when they said that they did not have any, he offered to be their witness as a wedding gift. When they agreed, he told them that he would not be charging them for the Uber fare as well. 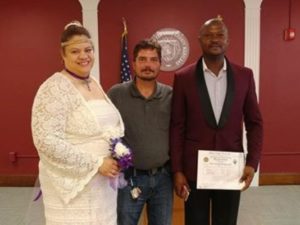 Scullion was trying to save enough money to save up for a new car for his Uber business and so that he could take his wife and three kids on a vacation before the school year starts. But as a hopeless romantic, he felt that he had to offer them this small kindness on their wedding day. Scullion got the couple in time for the wedding and served as their witness. But he did more than just pick up the tab on the Uber fare. He also returned them back to their car and helped replace fix the flat tire.