With Valentine's Day just around the corner, and the cozy winter weather making every single person yearn for a relationship, it's only fair that Ben & Jerry's capitalized on the so-called "cuffing season" with a new flavor. Introducing: Netflix & Chill'd.

The new flavor features a peanut butter ice cream base, swirls of salty pretzels, and chunks of fudge brownies. There's also a vegan version with a non-dairy almond milk base. Even the cows on the front of the pint are Netflix-and-chilling. 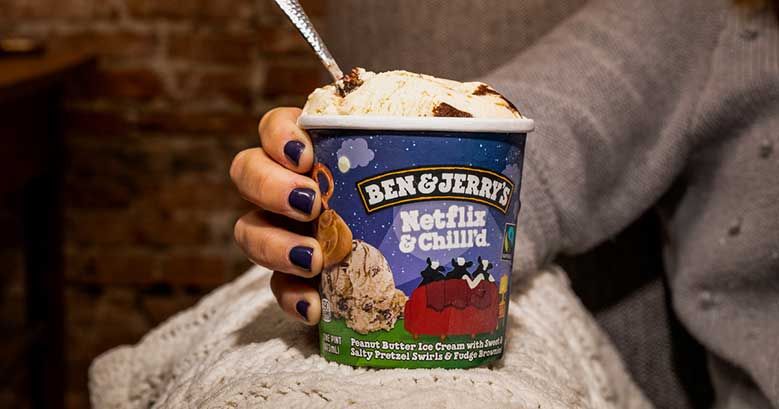 This isn't the first time Netflix has done a dessert collaboration. Last summer they worked with Baskin Robbins on a "Stranger Things" flavor as a part of the brand's seasonal menu. Ben & Jerry's has also famously teamed up with Jimmy Fallon for their fan-favorite "The Tonight Dough." Wonder what the next big media-crossover flavor will be?

You can find Netflix & Chill'd anywhere Ben & Jerry's is already sold, for around $4.50 a pint. Next time you have a little stay-in date, make sure this is on your snack list. 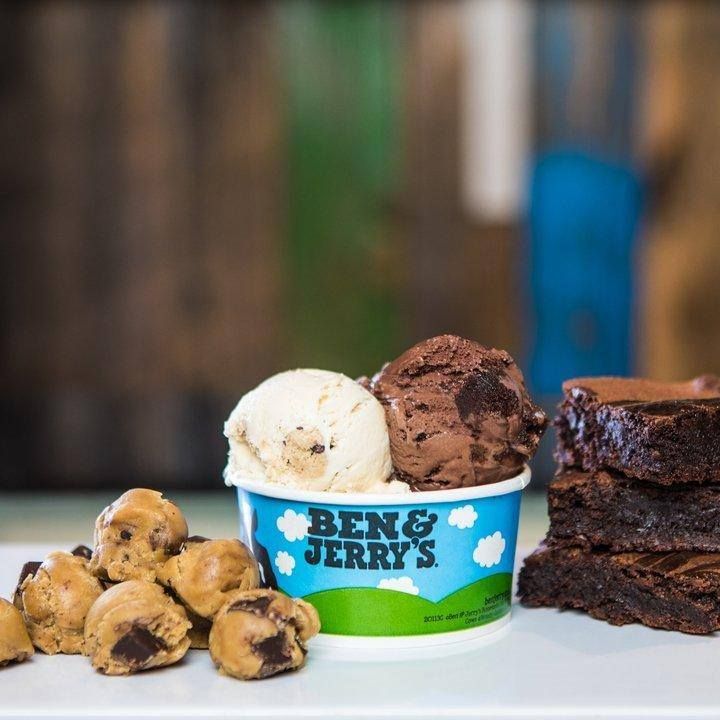