Beyoncé Shares Sweet Photos of Her Three Children on Instagram

On Wednesday, Beyoncé shared a captionless gallery to Instagram with cute photos of herself and daughter Blue Ivy, 9, plus 3½-year-old twins Rumi and Sir. She shares all three children with her husband Jay-Z, and she's usually pretty private about sharing photos of her children on the Internet. The recent Grammy record-breaker just attended the award ceremony with Jay-Z, where she and Taylor Swift both made milestone strides in their careers. Bey is the most-nominated woman in Grammy history.

The photos show Beyoncé snuggling up to daughter Blue Ivy, each wearing stylish glasses; another photo shows the famous fam at Malibu's Nobu restaurant; and a rare image of twins Sir and Rumi shows them playing in the ocean. In her Grammy acceptance speech a couple of weeks ago, she dedicated a sweet moment to her children. "It's such a magical night, thank you so much. I know my daughter is watching," she said. "Two daughters and my son, they're all watching. Blue, congratulations, she won a Grammy tonight. I'm so proud of you and I'm so honored to be your mommy, all of your mommy's. Y'all are my babies, and I'm so proud of y'all. I love you so much, my rock." 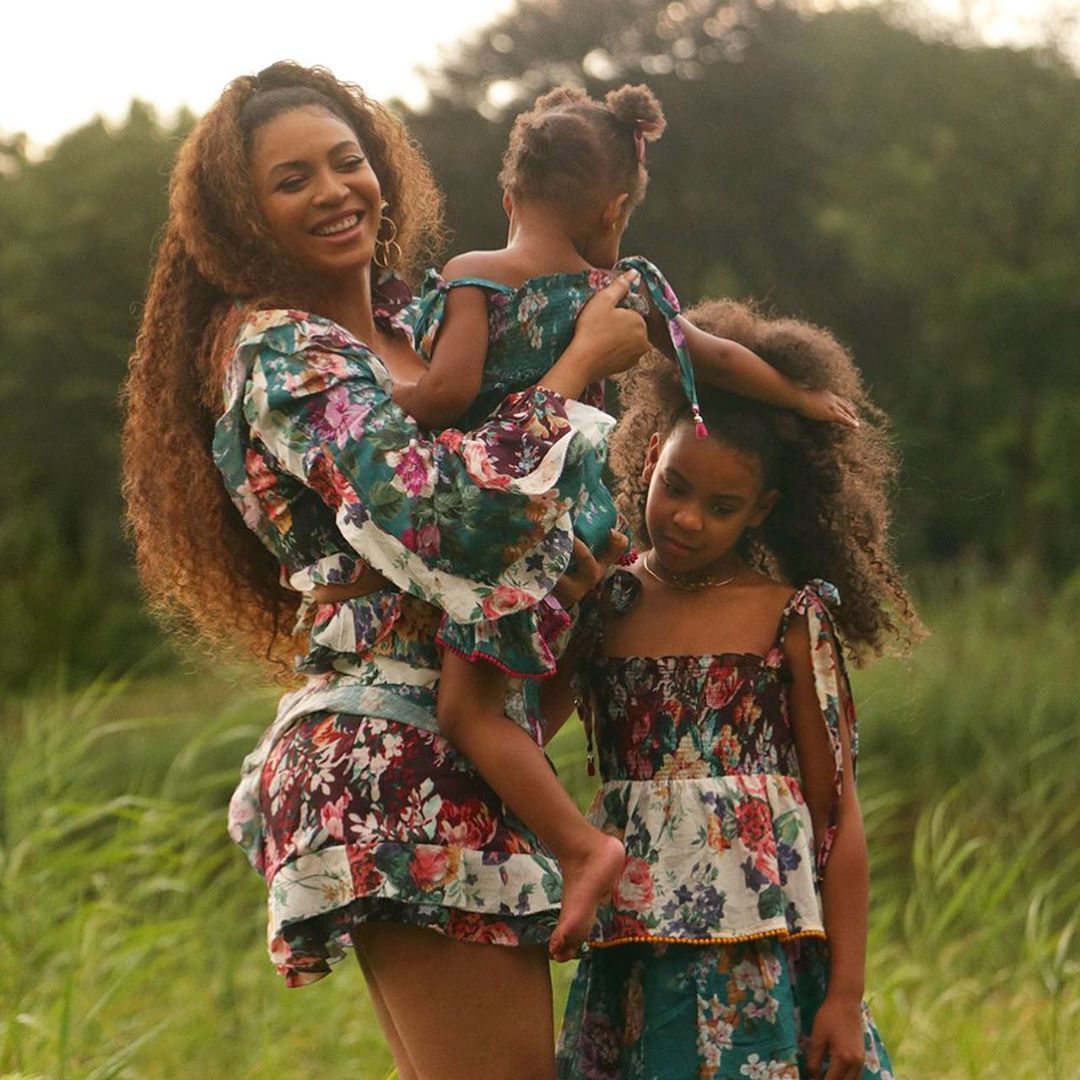 In another Instagram post from late last year, Bey and her twins are riding around in a golf cart as they listen to the "Savage" remix she did with Megan Thee Stallion. "Did you have a good summer?" she asks, as Rumi nods her head yes with the music. Never a dull moment for this bunch!